Home / WORLD / Why are we allowing the lawless madness of Seattle’s CHOP autonomous zone to be repeated in Minneapolis’ George Floyd Square?

Why are we allowing the lawless madness of Seattle’s CHOP autonomous zone to be repeated in Minneapolis’ George Floyd Square? 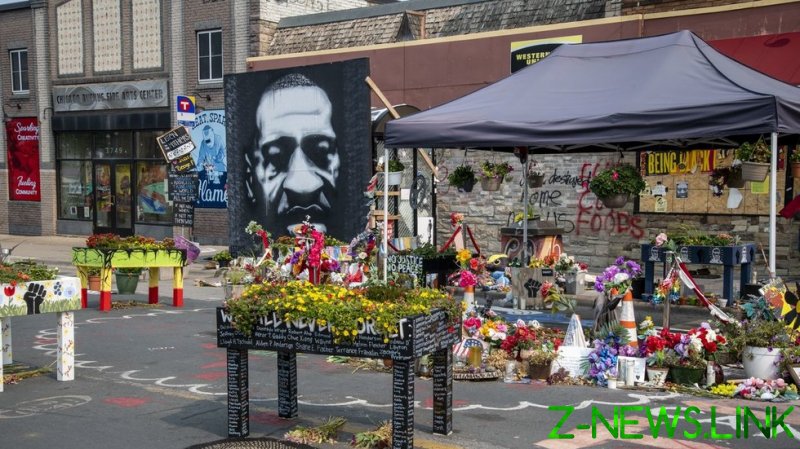 If I were to sit you down and tell you about an autonomous zone inside a major city where there are reports of violent crime and journalists are being threatened for approaching it, you’d probably think that I was referring to the madness of Seattle last year.

But no, the craziness has returned to another of America’s big cities. You see, it seems that there is now another autonomous zone in Minneapolis.

George Floyd Square is a memorial site in south Minneapolis, at the corner where he passed away last year. Initially, the city itself put concrete barriers in place to prevent traffic from entering the area. After this happened, protesters moved in.

Very recently, a journalist from NewsNation Now visited the site to report on it, and was threatened at the barricade. It’s also been reported that the area has been a hotbed of violent crime in recent months. Two arrests were announced on Wednesday in connection with a fatal shooting last week, and this is simply the most recent incident.

The protesters within the area have issued a list of 24 demands, including recalling the county prosecutor, firing the head of the state’s criminal investigative agency, investing hundreds of thousands of dollars in programs to create jobs, combat racism, and support affordable housing, plus keeping the square closed until August.

There have been talks of negotiations to end the zone, but this is a silly idea. Negotiation assumes that the person that you’re dealing with is of sound mind. These people are not of sound mind. Their request for the city to start firing government employees, and their desire to direct what the budget should be spent on, aren’t sensible demands. Why they’re even being taken seriously is beyond me.

Here are the facts. Any area that has zero police presence and is basically being run and held hostage by ‘protesters’ is a massive risk to any citizen who lives in that area. We saw this in Seattle, and I genuinely wonder what additional evidence people need to understand this.

Given the violent end of CHOP in Seattle, it’s hard to imagine how it could have gone any worse. Acting as if there is something to discuss or negotiate here is pointless. These people need to be stopped.

It’s understandable that Minneapolis and its leadership are gun-shy after George Floyd. However, there needs to be recognition of the simple fact that lives are in danger, and are already being taken. For some reason, whenever this sort of thing happens, city governments are unwilling to defend the basic rights of their own citizenry. It’s pathetic.

This is not a protest. You could argue that this is the real definition of domestic terrorism. If the people doing this were swearing fealty to ISIS, for example, the government would be all over it. But because these acts are done under the chant of Black Lives Matter, more lives will be lost. And all because we didn’t learn the lesson of Seattle.