Home / WORLD / Why are those who feel most entitled to attack masculinity so often people who have no experience practicing it?

Why are those who feel most entitled to attack masculinity so often people who have no experience practicing it? 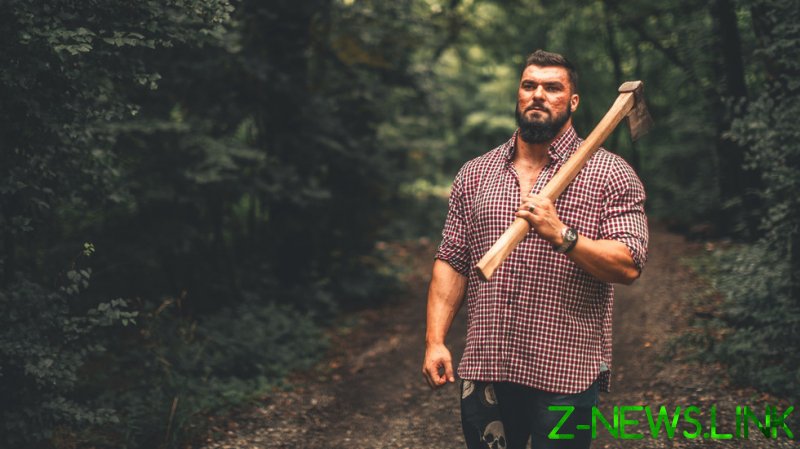 During the Tokyo Olympics that recently limped past us, I had a handful of friends and readers urge me to take on the controversial subject of superstar athlete Simone Biles and her withdrawal from competition for her gymnastics-related mental health issues.

Some suggested I comment on the softer than rotten peaches nature of post-millennials – folding in the clutch whenever they’re tested. As we speak, I have a 17-year-old godson toiling in the hot sun for his summer job. There’s no quit in him, so I won’t say those kids can’t be plenty tough when the hour calls for it.

Alternatively, there was a summons by others to write in opposition to the growing cultural narcissism that puts one’s own comfort above that of a team – and the media who applauds the would-be selfishness.

To mix food-based metaphors, it was all raw meat thrown to a starving dog or an invitation to pick and devour low-hanging fruit. Instead, I chose to go hungry and let all those issues pass. I could’ve found something new to say about any number of biased Biles factors, but I declined for a simple reason: I know nothing about gymnastics.

Perhaps this will shock the op-ed-perusing public, but this 6’3”, 250 lb. former pro-am heavyweight boxer never hopped up on the parallel bars, swung in the rings or attempted a front triple twist. If I had, I wouldn’t be here with a nervous system intact enough to type. I also never competed in any level of physical endeavor approaching the scale of the Olympic Games.

Since I never so much as watch gymnastics of any sort at any level, I acknowledge and embrace my ignorance of that athletic event. As a direct result, I don’t comment on its participants or their conduct.

I also certainly have no idea of what it’s like to be a lady in her early 20s with the eyes of the world on her, so I’m not going to take shots at that young woman. She might very well have mental health concerns that affect her performance. I have no concept of the physical acuity and mental fortitude Olympic gymnastics demands. Indeed, I wish the young woman well and will get back to writing about topics I understand.

I only wish other pundits and social commentators would do the same – especially when it comes to the ongoing assault on masculinity. I realize I buried the lede there, but it helps to lay the ground rules I know full well my opponents never follow.

The simple concept of conducting oneself like a man is under continued assault with accusations of anachronism and toxicity. Such verbal haranguing is acceptable in a free country, and a man must be tough enough to face such challenges with grace and confidence. I’ll even throw in and vow to defend folks’ rights to mount their criticisms at how millions of men live their lives.

Still, I’m left to wonder why those attacks come predominantly from militantly feminist women and feckless men – two categories of human beings who have no possible stake in the definition of traditional masculinity.

I’ll go so far as to say those storming the gates of all things masculine are exclusively progressive women and timid men – males more comfortable in that basket of expired fruit I mentioned earlier. I’m left to wonder if the deep-seated hostility toward anything masculine stems from a collective inability to take part. But I’ll leave that kind of thinking to Freud.

It all amounts to accepted criticism of a topic that said critics cannot understand – and it only seems to work in one direction. Women assailing the code by which many men conduct themselves would never allow anyone to utter a single syllable suggesting a change in how they go about their days. I say rightly so. I don’t want to tell anyone how to live his or her life – even as I ponder why so many lost souls are desperate to provide ample, unwanted guidance for mine.

Women cannot understand the conditions and rigors of manhood because they are not men. Yes, it works in both directions – but I’m just establishing the rules of engagement on my side of their No Man’s Land. Women shouldn’t be expected to master the conditions and execution of masculinity because they have plenty to handle on their own. Sadly, instructing the world on the proper handling of masculine tendencies is too often added to that “to handle” list.

For the beta males lobbing their whisper-soft grenades short of masculinity’s foxhole, mark it down to applicants who want standards lowered so they can finally get the job. If employment phraseology doesn’t cut it – they’re not getting invited, so they want to change the party or move it to a less demanding location.

When I’ve genuinely asked members of the anti-masculine brigade why they feel fit to destroy a condition that can never apply to them, they often claim they must speak up because men do tremendous damage to the world at large with their primal, Neanderthal nastiness. Of course, it never occurs to them that it’s their own dubious definition of masculinity they’re charging with malignancy.

It’s the critics who consider a wife-beating drunk more “masculine” than the hard-working father of four daughters who stands up at all of their weddings. It’s those who hate what they call “masculinity” who associate power-addicted, over-sexed fiends like Epstein, Cosby, Cuomo and Weinstein with manhood – while they overlook the wise college professor, the brave artist or the good soldier suffering his foreign tour of duty in stoic silence.

Perhaps those the intolerant wrongly consider “masculine” are just morally insane. It’s not men you’re looking at in the ugliest cases – it’s just a bunch of outright bastards. Regardless, it’s the purest prejudice to define any group of human beings by the worst of their number.

The silent truth here should scream that it takes character and courage to be a man who lives by a code. It’s much easier to abandon any idealized conduct and go day to day like a rutting hog. Sadly, those calling for an end to masculine ways refuse to recognize the ideal and only see the pig sty.

There’s no stated, logical reason masculinity can’t be defined by “loyalty, honor, courage, resilience, honesty, chivalry, generosity and strength.” Instead, all its distractors leave for a definition are tawdry scraps like “violent, insensitive, predatory and useless.”

There’s no sign the anti-testosterone legion will get the hint and stop nitpicking at that which they can’t understand. It’s fortunate, in the face of all this overeager and utterly sanctimonious backlash against misunderstood masculinity, that the salvos will largely fail to land because of the first and most important condition of manhood: “Never give a damn what others think and live your life true to yourself.”

With that, I think I might’ve just made this entire editorial unnecessary.

See? No man is perfect.