Whose money, Joe? Biden under investigation for freezing $1.4 BILLION in border wall cash 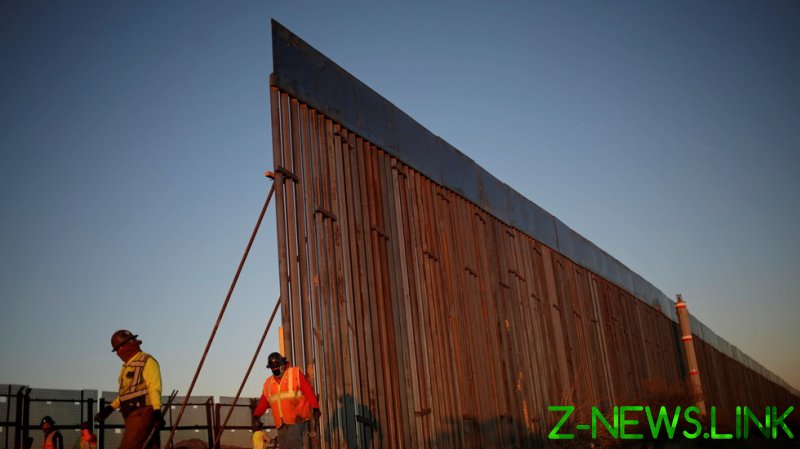 Joe Biden halted construction on Trump’s wall on his first day in office, issuing an executive order that paused the project and ordered the government to investigate how to redirect its funding. “Building a massive wall that spans the entire southern border is not a serious policy solution,” the order read. “It is a waste of money.”

However, $1.4 billion in funding for the wall was approved by Congress in December, as part of a $900 billion coronavirus relief package. As such, more than 70 House Republicans wrote to the Government Accountability Office on Tuesday, asking that they be signed on to an earlier request by 40 Senate Republicans for Biden’s order to be investigated.

The GOP lawmakers claim that Biden has no authority to interfere with a project funded by Congress. “Billions in lawfully appropriated dollars,” they wrote, “sit unused by the Biden administration.”

The Republican request comes as the Biden administration deals with an unprecedented influx of illegal immigrants. In their letter, the GOP lawmakers blame Biden’s reversal of Trump’s hardline immigration policies for causing a “humanitarian and national security crisis” at the border.

The Government Accountability Office is obliged to launch an investigation, but Biden likely won’t face any punishment if wrongdoing is found. For instance, the GAO ruled last year that Trump’s withholding of congressionally authorized military aid from Ukraine a year beforehand was illegal, but could not directly punish Trump. Instead, Trump was impeached by the Democrat-controlled House, but acquitted in the Republican-held Senate.

In both Biden’s and Trump’s cases, their opponents say that their actions violated the Impoundment Control Act, a lengthy 1974 law that still governs how taxpayer money is spent.

Biden’s executive order stated that money appropriated for the border wall would be redirected toward other projects within 60 days, a date that passed last week.

Republicans have hammered Biden over the current crisis at the border. Multiple delegations of GOP lawmakers have visited the border states to condemn his immigration policies, while conditions in migrant detention centers have outraged voters on both sides of the aisle.

Trump has savaged the Biden administration for reversing his policies. “The only way to end the Biden Border Crisis is for them to admit their total failure and adopt the profoundly effective, proven Trump policies,” he wrote earlier this month, adding that “they must immediately complete the wall.”