Home / WORLD / Whose Israel and whose Palestine? Extremists are running amok as leaderships fail

Whose Israel and whose Palestine? Extremists are running amok as leaderships fail 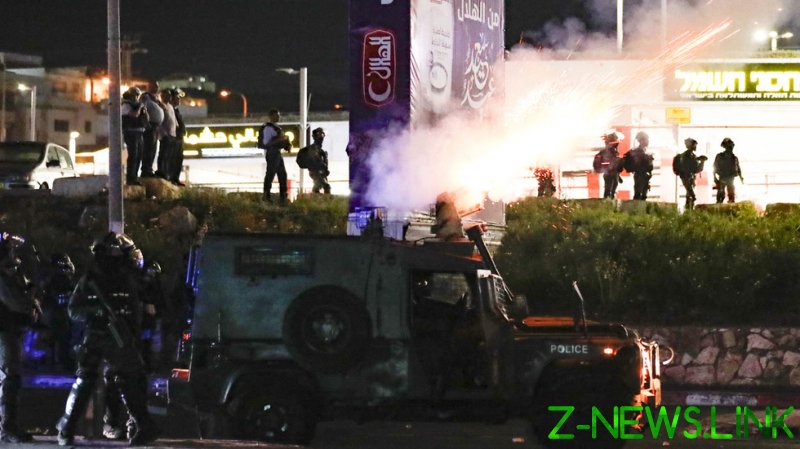 The military flare-up between Israel and Hamas, which rules Gaza, as well as the simultaneous communal clashes inside Israel between its Jewish and Arab citizens, have brought to the fore a fundamental question – what is the purpose or goal of the deadly fighting?

On paper, the Israeli answer is securing its people and state against terrorism by Hamas, which is backed by the country’s archenemy Iran. And the formal Palestinian answer is resisting Israeli occupation and Jewish encroachments to keep alive the possibility of a viable and independent Palestinian state.

But the reality is messier. Neither Israel nor the Palestinians are unanimous or sure about where they are heading. The violence is not a means to any clear desired national outcome but a repetitive instrument to vent out frustrations triggered by internal fragmentation on each side.

It is a misnomer to still refer to ‘Israel’ and ‘Palestine’ as if they are two distinct monolithic entities which have a coherent meaning and consensus. Today, there are as many visions of Israel as there are political parties and social groups divided along ethnic and ideological lines. Four inconclusive elections in Israel in just two years with no decisive mandate in favour of any party or coalition have fanned political polarisation amid extended spells of caretaker governance under the legally embattled Prime Minister Benjamin Netanyahu.

The increasing might of far-right Jewish extremists and settlers, who are mobilising for rioting and street battles with Israel’s Arab minority citizens across the country and in the occupied territories of the West Bank and East Jerusalem, is directly related to the political paralysis. Netanyahu sustains his centrality in Israeli politics thanks to radical right-wing allies who demand the hardest possible military response to Hamas, hold a maximalist conception of ‘greater Israel’ that requires annexation of whatever lands the Palestinians still have, and expulsion or subjugation of Israeli Arab citizens living in the Jewish State.

The policies of the United States, particularly during the Donald Trump administration, emboldened these far-right elements so much that they came to believe they are unstoppable. The Joe Biden administration projects itself as relatively liberal and even-handed, but its refusal to back United Nations-led efforts for an early ceasefire between Hamas and Israel, and its public assertions that Israel has a “right to defend itself,” can be interpreted by far-rightists as a licence to carry on with their offensives.

It is no surprise that the latest round of turmoil started over an attempt to evict Palestinians from East Jerusalem and hand over that land to Jewish settlers. Not all Israelis concur with the far-right though. Opinion polls show 42% of Israelis remain in favour of the fading ‘two-state-solution’ which would allow Palestinians to have a sovereign state of their own alongside the state of Israel. There are also plenty of Jewish Israelis who do not seek absolute domination over Palestinians.

Widening splits in Israeli society and the pressure being created by Israel’s unending election cycle form the backdrop for the recent civil-war-like clashes which shook Israeli nationhood. Israel’s police reported responding to over 40,000 ‘incidents’ of civil unrest in the first few days of tensions, and the police chief blamed “terrorists from both sides” for the bloodshed, revealing how deep the fissures are.

In the Palestinian territories too, extremists are on the ascent as the whole ‘self-determination’ project has gone haywire. Hamas, which is founded on jihadist ideology, is using its radical appeal of the complete obliteration of Israel and eternal hostility to Jews to outdo its rival Palestinian faction Fatah. The octogenarian Fatah leader, President Mahmoud Abbas, has lost credibility even in his bastions of the West Bank as he is perceived to be corrupt, unaccountable and beholden to Israel.

With living conditions for Palestinians in both the West Bank and Gaza deteriorating due to misgovernance of Palestinian elites and relentless Israeli embargoes and controls, Hamas and its allied factions like Islamic Jihad are attempting to justify their relevance by rallying Palestinians around the doctrine of permanent armed resistance to Israel. The thousands of rockets fired into Israel from Gaza, as well as violent Arab Israeli rioters who vandalised synagogues and assaulted Jews in Israeli cities, have enthused many Palestinians as a cathartic form of payback for what they see as an oppressive and unyielding Israeli state.

Each new death from Israeli airstrikes in Gaza or vigilante action by Jewish supremacists confirms to Palestinian fundamentalists that there is no option of coexistence or the two-state solution. They know that fighting the militarily superior Israel will lead to disproportionate casualties on the Palestinian side, but the leadership failure of Abbas and the institutional atrophy in the Palestinian polity have exacerbated a martyrdom culture.

Holy war is now not a path to attain a Palestinian state or erase Israel from the map but a way of life and death. Islamist regional powers like Iran, Turkey and Qatar add fuel to this fire and keep the Palestinian ‘resistance’ going even though it has no destination except furthering Palestinian grief and suffering.

What we are witnessing is an explosion of extremism which is thriving due to political stagnation in the formal institutions and decay of the social fabrics in both Israel and the Palestinian territories. External mediation, conflict resolution or normalisation of relations between Israel and Arab countries through the Abraham Accords cannot overcome the visceral schisms on the ground inside Israel and the occupied territories.

Only leadership change and generational attitudinal shifts toward coexistence in Israel, the West Bank and Gaza can ultimately move the needle in a hopeful direction. Until then, fruitless spasms of war and civil war are likely to tragically recur.