Home / WORLD / Whose fault is that? Establishment cyber-police drive Parler off the internet, act surprised when it works with THE RUSSIANS

Whose fault is that? Establishment cyber-police drive Parler off the internet, act surprised when it works with THE RUSSIANS 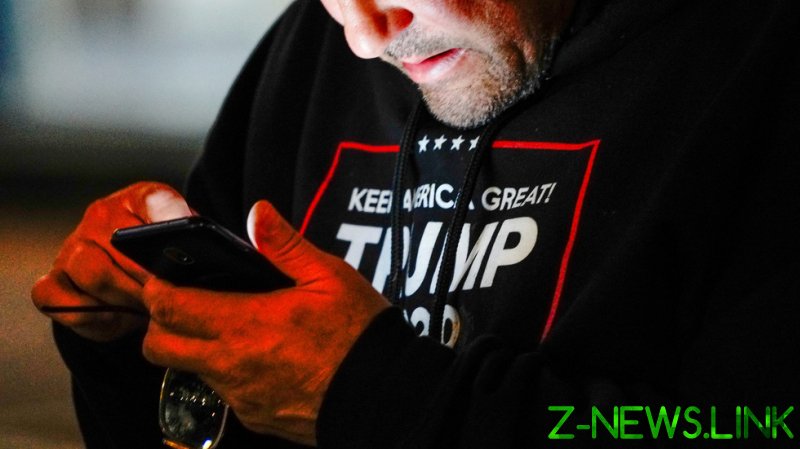 Parler reappeared online on Sunday, with a solitary post by CEO John Matze promising the imminent return of the conservative-friendly social media platform. The platform is currently hosted by Epik, a US-based company that spoke out against deplatforming last week and carries server traffic for Gab and 8chan.

However, researchers looked up Parler’s IP address and found that it belongs to a Russian firm. The company, DDoS-Guard, serves as a middleman of sorts, screening incoming traffic to protect the site against Distributed Denial-of-Service (DDoS) attacks, much like CloudFlare or Amazon’s own CloudFront.

DDoS-Guard told RIA Novosti on Tuesday that it is not hosting Parler. But the mere mention of Russia was enough to have internet “experts” on Twitter seeing red.

“Parler is back online now by routing 100% of its user traffic through servers located within the Russian Federation,” cyber researcher Chris Vickery tweeted. “Raise your hand if you understand the very significant impact this has on the ability to surveil and target insurrectionists who organize on Parler.”

Despite Vickery’s kvetching, the actual location of DDoS-Guard’s servers is unknown. They are likely scattered all over the world. Yet Vickery wasn’t the only wannabe cyber policeman to sound the alarm.

However, it wasn’t Russian companies who drove Parler off the internet and compiled databases of its users. A Reuters report on Monday stated that depending on a Russian firm for its security needs was an “odd choice for a site popular with self-described patriots,” yet Parler’s blacklisting by Amazon, Apple, and Google (all of which offer hosting and DDoS protection) likely left the fledgling social media site with no alternative.

Vickery’s comment – that Parler’s move will make it harder to “surveil and target insurrectionists” – likely reveals his kind’s gripe with Parler’s new host and security provider. A forum beyond the draconian censorship of Twitter and Facebook is unacceptable to the establishment. And while it’s true that extremist content was posted on Parler before its takedown, the term “insurrectionists” has been used in the media to describe not just the Donald Trump supporters who trespassed in the US Capitol earlier this month, but the president’s supporters as a whole. Those calling for a crackdown on Parler openly state their desire to limit conservative speech online.

Vickery, for example, has openly warned anyone showing up to Trump’s final send-off ceremony on Wednesday that they will be branded with “permanent persona non grata status. Forever.”

American journalists have described Trump’s ‘MAGA’ movement as something to be “cleansed” from public life, and openly stated their desire to “deprogram” his supporters. With Big Tech willing and able to enforce their demands, these same journalists and researchers shouldn’t be surprised when platforms like Parler that promise free speech decide to do business with companies outside the US.