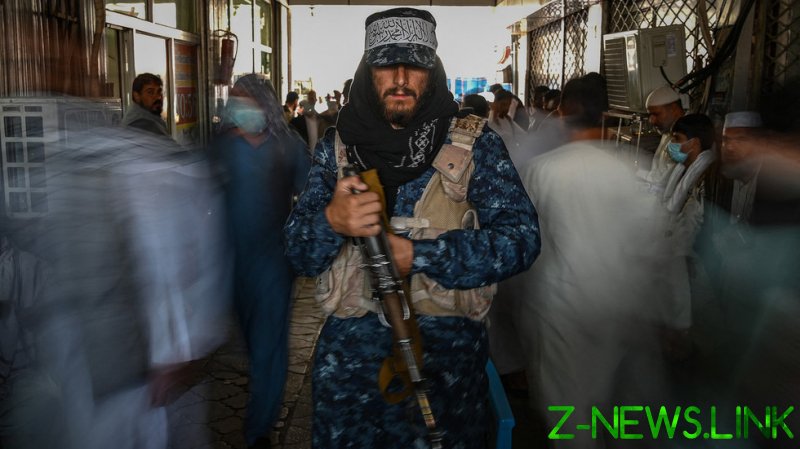 “I strongly agree that the whole international community, including Russia and China, needs to work to prevent Afghanistan being a place where terrorist groups can operate freely and prepare, organize, plan, finance attacks against our own countries,” Stoltenberg told the Telegraph.

The NATO chief echoed the words of UK Foreign Secretary Dominic Raab, who said last month that countries like Russia and China would have to be brought in to help check the situation in Afghanistan after power there was seized by the Taliban.

Russian President Vladimir Putin and his Chinese counterpart Xi Jinping discussed Afghanistan over the phone a week after the Taliban captured Kabul. The leaders agreed to work together on preventing instability spilling over from Afghanistan, along with fighting terrorism and drug trafficking.

After the Taliban takeover, the country has seen the resurgence of Islamic State Khorasan Province (ISIS-K), an Islamic State (IS, formerly ISIS) affiliate in Afghanistan, and Al-Qaeda.

Speaking to the Telegraph, Stoltenberg acknowledged that the Taliban victory was related to the fact that NATO member states chose to pull their troops out of Afghanistan.

The NATO-trained Afghan army largely dissipated in the face of the Taliban offensive, leaving militants to capture a sizable stockpile of military hardware, including expensive US-made weapons and gear.

“I think the lack of logistics support for the Afghan security forces was one of the main reasons why we saw this sudden collapse,” the NATO chief said. He added that government troops lacked pay and ammunition, and “there were no clear plans to defend the country.”

The US-led alliance has to draw lessons from its nearly 20-year-long mission in Afghanistan, which should be “clear-eyed and honest about the failures and what didn’t work,” Stoltenberg said.

Militants captured Afghanistan’s capital Kabul on August 15, forcing President Ashraf Ghani to flee abroad and prompting many Western countries to frantically evacuate their nationals and local helpers. The rapid Taliban offensive ran concurrent with the final stage of the withdrawal of US troops, which was completed on August 30.

The dramatic developments in Afghanistan reignited talks about setting up the EU’s own rapid response force, independent from NATO. Stoltenberg welcomed more efforts to strengthen Europe’s defense, but argued that such a force “can never replace NATO and we need to make sure that Europe and North America band together.” Any attempt to weaken that bond will weaken NATO and divide Europe, he said.