Home / WORLD / Whoever wins in the Israeli election, it’s clear that the Palestinians will be the losers

Whoever wins in the Israeli election, it’s clear that the Palestinians will be the losers 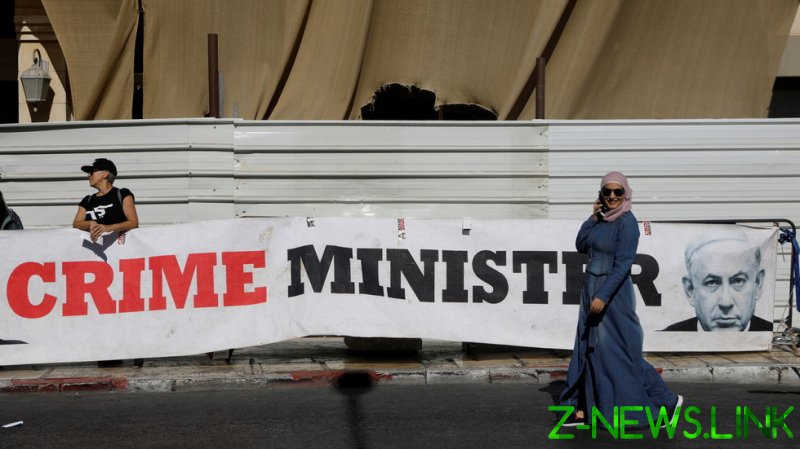 Benjamin Netanyahu heads into Tuesday’s election, the fourth in only two years, with a deeply divided political opposition. The Israeli premier is running against 10 opposition parties, as opposed to four main parties in last year’s election. And as he bids to win not only an election but also evade prosecution over corruption charges, he’s brought under his wing the Otzma Yehudit (Jewish Power) party, along with other far-right groups.

Netanyahu has ushered in an era in which the political opposition is entirely right-wing. His former chief rival, Benny Gantz of the Kahol Lavan Party, will, according to most polls, struggle to even make it into the Knesset (the government) at all, after breaking his promise to the Israeli people that he would not share power with the Likud Party’s Netanyahu. Instead of the centrist Gantz being the front-runner against Netanyahu, it is now Gideon Saar of the New Hope Party who is considered his main adversary.

Saar is a former Likud Party politician, who is further to the right of Netanyahu and much more staunchly anti-Palestinian. Although the Palestinian issue is of concern to most of the world at election time in Israel, most Israelis don’t place much importance on it. But the growing anger from Palestinians who hold Israeli citizenship is becoming ever more apparent.

The population of Palestinians living inside Israel, generally known as ‘Israeli-Arabs’, have become much more politically active in recent years. They make up roughly 20% of Israel’s population, and showed their collective power last year voting for the coalition of Arab Parties known as the Arab Joint List. The Joint List won 15 seats in the Knesset and cemented itself as the third biggest bloc, playing a big role in thwarting another Netanyahu coalition win.

The Joint List has now broken up, after providing a short spell of hope for Israeli-Arabs that they could change their predicament through the ballot box, and it is now projected that Arab parties will not see such a big return at the ballot box. But despite the despair of many at their inability to ever force change in the country through elections, this new-found political engagement did not end with the 2020 election.

For months now, Israeli-Arabs living in places like Haifa, Nazareth, Umm Al-Fahm and Jaffa have been taking part in protests against Israeli police violence, and inaction against gang-related crime in their neighbourhoods. In the northern city of Umm Al-Fahm, there have been protests for eight consecutive weeks, following the killing of Palestinians by Israeli police.

Local Arab Joint List MK (Member of Knesset), Yousef Jabareen, said following the largest protest of Israeli-Arabs in 20 years, “Umm al-Fahm now provides a successful answer to the violence of police, who act weakly against criminals but act brutally against demonstrators.” The most significant elements of these ongoing demonstrations are that the protesters are carrying Palestinian flags and are calling for unity with the West Bank and Gaza, something not seen previously.

Historically it has been the occupied Palestinian territories which have witnessed the most energized protest movements against violence and oppression, with those living inside Israel having remained relatively silent. But there is little doubt that the shift of Israel further to the right has fuelled the recent political awakening of Israeli-Arabs, who experience what they feel is institutionalised racism in the form of legislation such as the Nation-State law passed in 2018.

Whilst Palestinians inside Israel do not feel included in mainstream Israeli politics, those living in the occupied territories – the West Bank, East Jerusalem and Gaza – experience an even greater sense of exclusion. Whoever becomes prime minister as a result of Tuesday’s election, the occupation of the West Bank and siege on Gaza will continue. For East Jerusalem residents, who are excluded from voting in Israeli elections despite living in the country’s self described ‘undivided capital’, the ongoing home demolitions and home expulsions will also continue.

Indeed, the election may make things even tougher on Palestinians, as if Netanyahu’s coalition is to receive the 61 seats it needs to form a government, he will have to work with hardline right wing groups. One of the groups he has allied himself with, the extreme Neo-Kahanist ‘Jewish Power Party’, has been condemned by even the likes of American-Israeli lobby group AIPAC. Jewish Power is led by a man named Itamar Ben-Gvir who has been convicted of supporting a terrorist organisation and inciting racism.

Netanyahu has also aligned himself with the likes of the National Union, headed by Bezalel Smotrich, and right-wing religious party Noam. Smotrich has been accused of racist remarks against Palestinians several times and is openly anti-LGBT.

If he has to rely on such hardline right-wing groups in order to form a coalition government, it is easy to imagine that the influences on Netanyahu will drive him to commit more crimes against the Palestinians. And things will be no better for them if the even more extreme Saar is successful. Regardless of who wins in the election, one thing is clear – the Palestinians will lose.