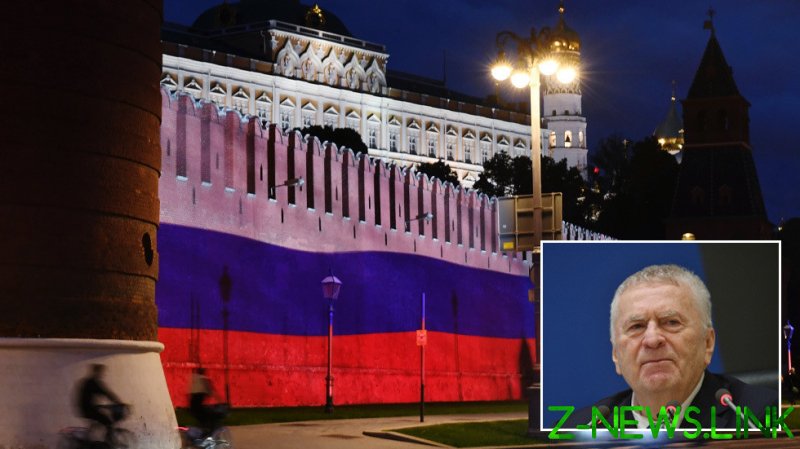 Famous for his passionate, patriotic rhetoric and confrontational style, Zhirinovsky is often mocked as a clown by the media and intelligentsia, but is Russia’s most popular political figure outside of the government. A recent Levada poll put his ‘trust rating’ at 13 percent. That’s more than four times higher than the Western-leaning opposition figure Alexey Navalny (3 percent).

Speaking on ‘Evening with Vladimir Soloviev’, on the Russia 1 TV channel, on Sunday night, Zhirinovsky reeled off a list of Russian political figures, including one woman and one former president, who may succeed Putin in the Kremlin. The nationalist firebrand has been on the frontlines of Russian politics for almost three decades, as leader of the Liberal Democratic Party of Russia, and is well placed to judge.

The first candidate named by Zhirinovsky was Prime Minister Mikhail Mishustin, the former tax official who became head of the government in January. Previously unknown to the vast majority of the populace, Mishustin has rapidly become a respected figure, and is now only behind Putin in terms of his trust rating.

Zhirinovsky also mentioned Sergey Shoigu, another official who polls among the most popular. He is the current minister of defense and was previously the governor of the Moscow Region. Shoigu is from the Republic of Tyva, on the border with Mongolia, and is one of the few representatives of Russia’s ethnic minorities at the highest echelons of government.

Next on the list was Sergey Naryshkin, a former politician who is now the director of Russia’s Foreign Intelligence Service, Moscow’s answer to the CIA. Of a similar age to Putin, Naryshkin has been involved at the Russian government’s highest levels for some time, having previously been a deputy prime minister, chief of the presidential administration, and chairman of the State Duma.

The current chairman of the parliament, Vyacheslav Volodin, was also on Zhirinovsky’s list. A former deputy prime minister, Volodin has been a close aide of Putin, and has long been rumored to have presidential ambitions.

Zhirinovsky also named Moscow Mayor Sergey Sobyanin, a politician who sometimes splits opinion in the capital. Sobyanin is credited with transforming the city during his 10-year tenure, having invested billions in both infrastructure and cosmetic changes. A recent poll of Muscovites ranked him as more trusted by the city’s residents than Putin.

On the list of eight possible candidates, there was only one woman: Valentina Matviyenko. Matviyenko is a senator and the chair of Russia’s upper house, having taken the role following an eight-year stint as Governor of St. Petersburg. Matviyenko’s governorship saw the city build substantial infrastructure projects, such as bridges and a new ring road, and developed the metropolis into one of the top tourist centers in Europe. However, the 71-year-old is not universally popular in St. Petersburg, and is blamed by many for supporting modern building projects that clash with the centuries-old aesthetic of the city.

The youngest person named by Zhirinovsky, at just 48, is Alexey Dyumin, the current governor of the Tula Region, 200km from Moscow. Dyumin is thought internationally to have played a vital role in the reabsorption of Crimea in 2014, which he has denied. Prior to his role in Tula, he was deputy minister of defense.

The final name on the list is former Russian president Dmitry Medvedev, Putin’s long-time right-hand man. Medvedev is far less popular than his mentor, and left his role as prime minister last year to become deputy chairman of the Security Council. In December, a Russian opinion poll named his resignation as the best political event of 2020.

Despite listing many other candidates, Zhirinovsky predicted that none of these eight would become Russia’s next leader, however. Instead, he said, the next president would be someone for whom “the whole country has been waiting for over 34 years” – himself.