Home / WORLD / Who says China’s hardline diplomacy is doomed to fail? It’s working on the EU

Who says China’s hardline diplomacy is doomed to fail? It’s working on the EU 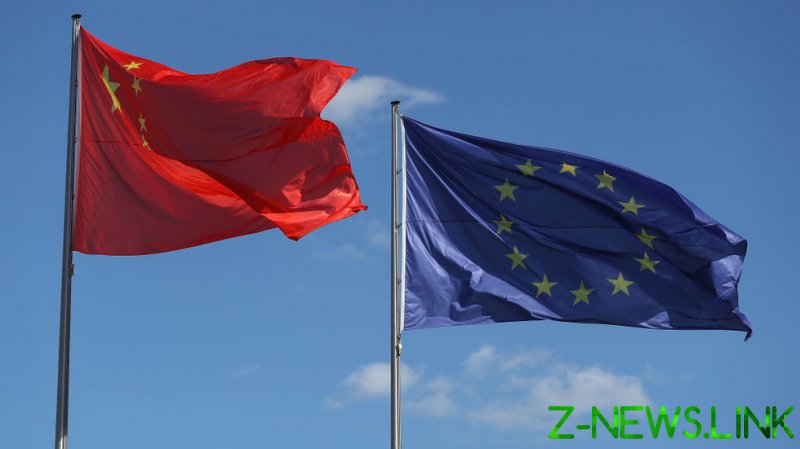 In a recent op-ed, I was critical of the glorification of the European Parliament by the mainstream media in pushing the misleading narrative that Europe was choosing Taiwan over China, and that Beijing’s so-called “bullying” over the issue was burning its bridges with the EU.

This has been a broader theme throughout 2021, where there have been persistent stories claiming China’s “wolf warrior” policy – or, more accurately, its tough responses to Western provocations on sensitive sovereign issues – has been a self-isolating move.

This was perfectly encapsulated by the drama in March, when the EU made the decision to sanction Chinese officials in Xinjiang over alleged human rights abuses. Beijing retaliated strongly by blacklisting a number of MEPs, who then froze ratification of the Comprehensive Agreement on Investment (CAI) in response.

Today, however, an article appeared in the South China Morning Post (SCMP) claiming that the EU has made the decision to shelve a “confidential” plan to upgrade trade and investment ties with Taiwan – as called for by MEPs in a recent report – following a very strong warning from Chinese Ambassador to the EU Zhang Ming. At a recent Brussels event, he stated, “If anything changes, it is that the Chinese people’s resolve to realise complete reunification of our country grows even stronger. Some people in Europe seem to underestimate the Chinese people’s aspiration for a reunification of our country.”

If we go by the mainstream media narrative, this should be considered a prime example of Zhang engaging in “wolf warrior” diplomacy and China alienating Europe.

Yet the truth is that the EU, on an institutional level, has ditched a plan concerning Taiwan over fears about its ties with Beijing (in the process illustrating the irrelevance of the European Parliament). Does this not show that China’s hardline positions on sovereign and territorial issues do, in fact, yield success? And likewise, that the constant promotion of the European Parliament’s opposition to Beijing is overegged?

These narratives not only continue to misunderstand China’s priorities when it comes to sovereign issues, but also understate the leverage Beijing can employ – and the West’s will to respond to it.

Bar a handful of agitators, the reality is the EU does not have the collective political will or strength to engage in a protracted diplomatic spat over Taiwan, an issue China approaches with a zero-sum attitude and won’t readily compromise on. As we have seen, who has blinked first?

One crucial thing to understand about China, and what the media conveniently never mention, is that its view on national sovereignty is conditioned by the postcolonial experience of what it dubs the “century of humiliation.”

Having experienced repeated violations of national sovereignty through foreign invaders and colonisation, China’s institutional attitude is more sensitive than other countries. On the other hand, security, for example, is something the English-speaking West takes for granted.

Consider the United Kingdom. When was Britain ever colonised? When was it last successfully invaded? The Norman Era is not relevant to modern international relations. Britain had the privilege of being a globally dominant maritime power for centuries and triumphed in almost every war, from defeating Napoleon to Hitler. This sense of privilege in the Anglophone world constantly misinterprets China’s resolute approach on its own sovereignty as a form of authoritarianism and aggression.

The reality is that, given its past legacies, China now understands itself in the light of seeking to be treated as an equal to the West. There is also the ongoing perception that the West continues to disrespect its sovereignty in a number of areas, such as Hong Kong or commitments to the One China Policy.

As a result, China makes upholding its national sovereignty a core priority of its foreign policy and sees it as non-negotiable. It is not prepared to bargain sensitive issues away for trade and investment incentives, and it is misleading to caricature assertiveness as “wolf warrior” diplomacy. When China responds harshly to the EU or others over Xinjiang or Taiwan-related matters, it is erroneous to assume it is purposefully burning bridges (on the likes of the CAI, for example).

In reality, it is the other way round. China does not see such agreements as acceptable concessions to those attempting to undermine its sovereignty, which must always come first.

The stance from Beijing is straightforward – you either accept our position on these issues, or we don’t talk at all. That’s why, when Lithuania decided to upgrade its ties with Taiwan, China punished it by expelling its ambassador and placing trade sanctions on it. China sees the hard way as the only way, because sovereignty is an issue that is made real only by force, not public opinion.

The second media point of deception in all this is that Europe will turn more to Taiwan because of China’s actions, which are dismissed as not working. It might seem that way if you judge it only by what the talking shop of the European Parliament is saying, but its narrative isn’t being honest about geopolitical realities.

China is the world’s second largest economy, a superpower state with 1.4 billion people and the world’s largest domestic consumer market, which continues to be a source of growth. Taiwan on the other hand, is an island of 25 million people. It’s a wealthy economy, but a small one.

Are journalists who promote Taiwan truly being honest when they astroturf the demands of MEPs to seek out ties with the island, as opposed to China? Which one, really, is seen as an economic and strategic priority for the EU?

This type of delusion is harboured by Taiwan’s politicians themselves, as seen by Minister of Foreign Affairs Joseph Wu’s recent trip to Central and Eastern Europe. Taiwan cannot compensate for China, and so Europe has a lot to lose if it goes on a collision course with Beijing. It’s wrong to say China’s tough stance on the continent is failing, and the media is misleading us by giving plenty of coverage to pockets of opposition and ignoring the bigger picture. Why do you think Italy, for one, wasn’t even prepared to let Wu in?

The mainstream media underestimate China by pretending it can simply be placed in a box and isolated like a small-scale US adversary such as North Korea. But this is not the case. As of this year, China’s GDP is larger than the European Union’s, and while the latter’s economy is stagnating, China continues to grow. Such coverage is so intent on focusing on China’s potential failure that it overlooks Beijing’s ability to enforce its will.

The geopolitical reality for Europe – on national and institutional levels – is that pursuing greater ties with Taipei is a non-starter with few cost-benefit gains. We aren’t getting a good faith argument if we are to pretend the desire of a gang of MEPs is somehow evidence to the contrary or signs of a monumental shift in policy.