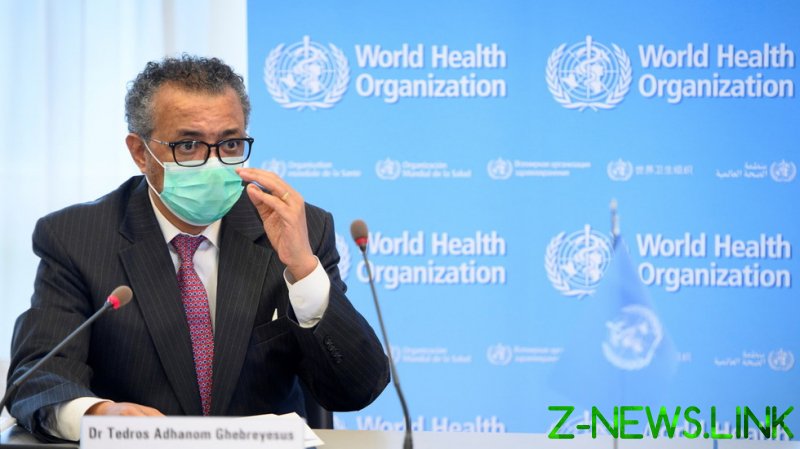 The new labels would not substitute “scientific names” of the variants – typically an intricate succession of characters and numbers – but rather “help in public discussion” of the new Covid-19 strains, Maria Van Kerkhove, the WHO’s Covid-19 technical lead, announced on Monday.

Per WHO’s proposal, the Covid-19 mutation known as “the UK variant” or B.1.1.7 should be referred to as “Alpha”, while the strain widespread in South Africa is rebranded as “Beta.” Two Brazilian variants, known as P.1 and P.2, became Gamma and Zeta, respectively, while two subliniages of the so-called “Indian variant”, B.1.617.1 and B.1.617.2, are listed as “Kappa” and “Delta.”

Two further coronavirus variants, first reported by the US in March this year, received arguably one of the least familiar sounding Greek labels, being designated “Epsilon” and “Iota” by the WHO.

The rebranding is ostensibly aimed at removing a stigma from a country where a strain is believed to have originated.

“No country should be stigmatized for detecting and reporting variants,” Van Kerkhove said, noting also that the “numbering system” used by researchers, but shunned by non-scientific publications, “can be difficult to follow.”

The move comes amid growing outrage from India as the description of B.1.617 viral mutation as the “Indian variant.” India’s Health Ministry argued last month that the label liberally used across the media was “misleading” since the WHO did not designate the mutant strain as such. New Delhi has reportedly asked social media platforms to remove all posts that refer to the strain as the “Indian variant” as being harmful to the country’s image.

India is not alone in its distaste for the country-based Covid-19 classification. In February, Professor Salim Abdool Karim, then co-chair of South Africa’s Ministerial Advisory Committee on COVID-19, told CNN in an interview to stop calling the strain widespread in his country “the South African variant” referring to it instead by its scientific name: 501Y.V2.

Still, the WHO’s politically correct idea of having “easy-to-say” Greek labels to avoid stigmatization has immediately courted controversy online. While some observers argued that the Greek labels might not be so easy to memorize, others pointed out that the WHO risks running out of letters at some point since the Greek alphabet contains only 24 letters.

“Zeta-Eta-Theta? Easy to say (?), easy to mix up. And what are we doing when we are running out of letters? Sorry, not going to use this. PANGO was fine”, Florian Krammer, Microbiology Professor at Icahn School of Medicine at Mount Sinai, tweeted.

Another commentator noted that there is already an existing classification of human coronaviruses, where they are divided into alpha, beta, gamma, and delta sub-groupings, arguing that the WHO rebranding will only add to the confusion.