WHO official with ties to Wuhan coronavirus research thanked Fauci for dispelling ‘myth’ that Covid leaked from lab, email reveals 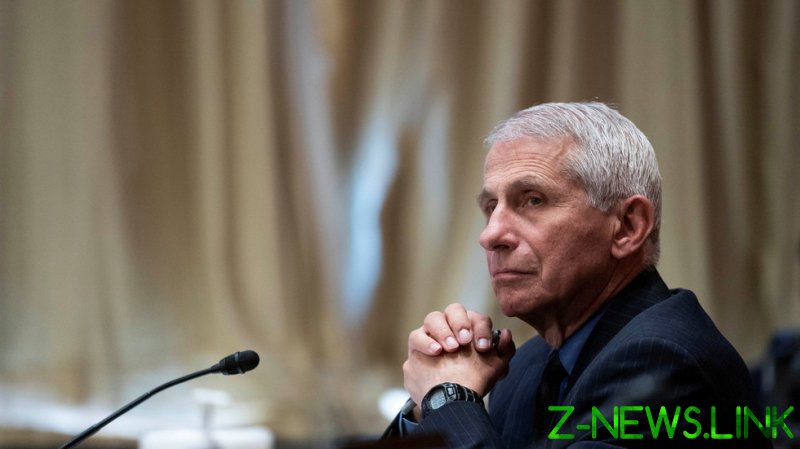 Peter Daszak, who was part of the World Health Organization (WHO) team that traveled to China to investigate the origins of the virus, sent Fauci an email on April 18, 2020 in which he thanked him for pushing back against the assertion that Covid-19 leaked from a lab. The message is part of a tranche of emails obtained under a Freedom of Information Act request by BuzzFeed.

“I just wanted to say a personal thank you on behalf of our staff and collaborators, for publicly standing up and stating that the scientific evidence supports a natural origin for COVID-19 from a bat-to-human spillover, not a lab release from the Wuhan Institute of Virology,” Daszak wrote. He added that Fauci’s “brave” comments were coming from a “trusted voice” and would help “dispel the myths being spun around the virus’s origins.”

Fauci responded the next day, writing: “Many thanks for your kind note.”

Daszak heads an organization, EcoHealth Alliance, which provided $3.4 million in grants from the National Institutes of Health to the Wuhan institute to study bat coronaviruses between 2014 and 2019. He was also a member of the WHO team that traveled to Wuhan to probe the origins of Covid-19. The investigation concluded in March that the lab-leak theory was highly unlikely, and that it was probable, but not certain, that the disease was transmitted to humans by animals. He recently dismissed suggestions that the virus leaked from a lab as “conspiracy theories.”

Daszak’s email was referring to comments that Fauci made during a press briefing on April 17, in which he was asked about theories that Covid-19 may have come from the Wuhan Institute of Virology. Fauci responded to the query by citing a recent study that found that the virus’s mutations are “totally consistent with a jump of a species from an animal to a human.”

Fox News published an exclusive report on April 15, 2020 claiming multiple sources believed that the virus originated from the Chinese laboratory. Then-president Donald Trump had also hinted that he believed the virus may be man-made, saying at the time that the theory “seems to make sense” and that “a lot of people are looking at it.”

While such claims were initially dismissed by media outlets, the lab-leak theory has gained traction as experts and intelligence officials have claimed it may have merit.

Fauci himself said last month that he was “not convinced” that Covid-19 developed naturally, despite previously stating that it was “highly likely” that the disease had a natural origin.