Home / WORLD / WHO official thanks Britain for taking risk with ‘first dose first’ vaccination, calls on it to share its stockpile with needy

WHO official thanks Britain for taking risk with ‘first dose first’ vaccination, calls on it to share its stockpile with needy 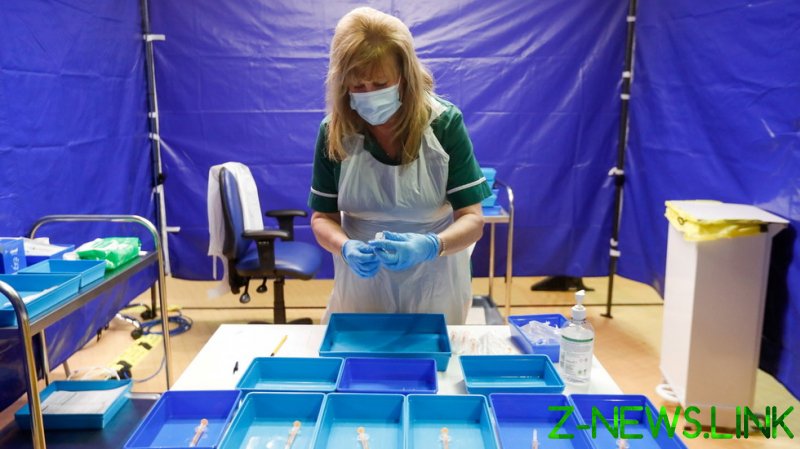 The vaccines against Covid-19 are a “fantastic invention” and the world “should be accessing it in an equal way,” David Nabarro, who serves as one of the World Health Organization’s six special envoys tackling the pandemic, said on Sunday in an interview with Sky News’ Sophy Ridge. As a rich nation and one of the front-runners in the race to vaccinate its population, the UK is among the most promising donors for the UN’s vaccine-sharing program COVAX.

“Over the next six months, I am hopeful that all world leaders will commit to a fair sharing arrangement, after we’ve gone through the present period of competition to get as many people vaccinated as possible,” he said.

“Do we want to be remembered as a world where those who had the cash could afford to vaccinate their whole populations and countries that didn’t have the cash had to cope with a possibly quite dramatically increasing death rate among their health workers?” he asked. “I don’t think that’s how any individual wants to be seen when they look at themselves.”

Nabarro also complimented the British government for taking a gamble and experimenting with a de facto single-dose regimen for two-dose vaccines, agreeing that it appears to have paid off. The UK decided to postpone second shots and instead have more people get their first injection, and the early data indicates that the protection offered even by a single dose is better than expected.

The WHO didn’t recommend the approach based on what vaccine developers told them, but “with this virus we are learning all the time,” the official said. “Isn’t it wonderful that as a result of UK’s – bravery, frankly – that this extended interval seems to be associated with even greater protection?”

I think the UK’s approach has so far been vindicated. I think this is a great lesson for the rest of the world. Thank you, British scientists!

Experts advising the WHO, including those who like him are British citizens, will study the results of the experiments and the organization may change its recommendations accordingly, Nabarro promised.