‘Who killed Ashli Babbitt?’: Twitter users ask why name of officer who shot Daunte Wright is released, but not Capitol riot killer 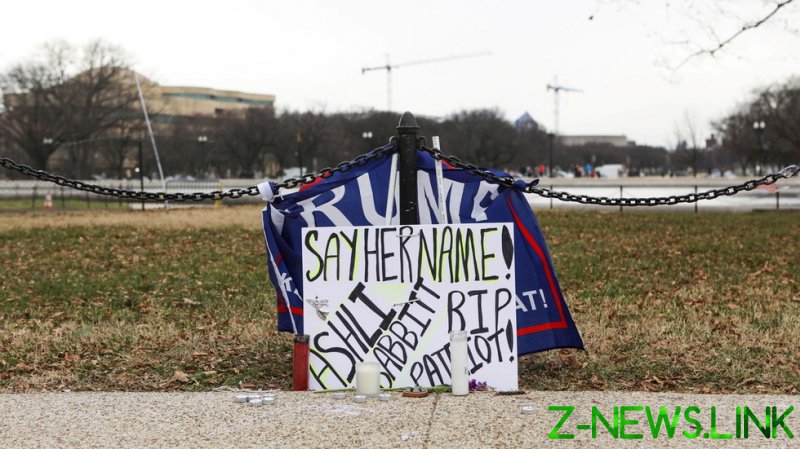 The officer who shot and killed 20-year-old Daunte Wright on Sunday has been revealed as Kim Potter, whom Brooklyn Center Police Chief Tim Gannon said accidentally discharged her weapon during a traffic stop, resulting in Wright’s death.

On Tuesday, as Potter’s name came to be known, some conservatives pushed another name to trend on social media: Ashli Babbitt, who was infamously killed on camera during the US Capitol riot by an officer whose name was never released. Critics quickly theorized as to why one name was released so quickly while another has been kept hidden since January 6.

“Ashli Babbitt was white and conservative and therefore her life had no value, in the eyes of BLM and the media,” Daily Wire’s Matt Walsh wrote in response to a question about Potter’s name being released.

“Why do they only protect some officers?” Gateway Pundit’s Cassandra Fairbanks originally asked, kicking off the comparisons.

Others have blasted the comparison, calling the January 6 riot an “insurrection” and justifying the controversial shooting of Babbitt.

“A black man is killed by police and Republicans rush to defend Capitol terrorist, Ashli Babbitt. If she was so innocent, can someone explain to me why she was climbing through a broken window instead of using the door right beside it?” one Twitter user wrote.

Reporting from some sources has suggested the officer who shot Babbitt has been “in hiding” over fear for their safety while the shooting continues to be investigated.

In a Monday press conference, Gannon showed body cam footage of Wright’s death and claimed Potter intended to deploy a taser instead of her firearm. Wright had been pulled over for expired tags on his vehicle and it was later discovered he had a warrant out for his arrest.

Critics, however, have compared the shooting to the deaths of other unarmed black men at the hands of police, including George Floyd, whose killing led to protests across the country, some of which also turned violent. Former cop Derek Chauvin is currently on trial in the state for Floyd’s murder.