Who got ‘destroyed by facts & logic’? Internet feuds over outcome of critical race theory duel between Ben Shapiro & MSNBC analyst 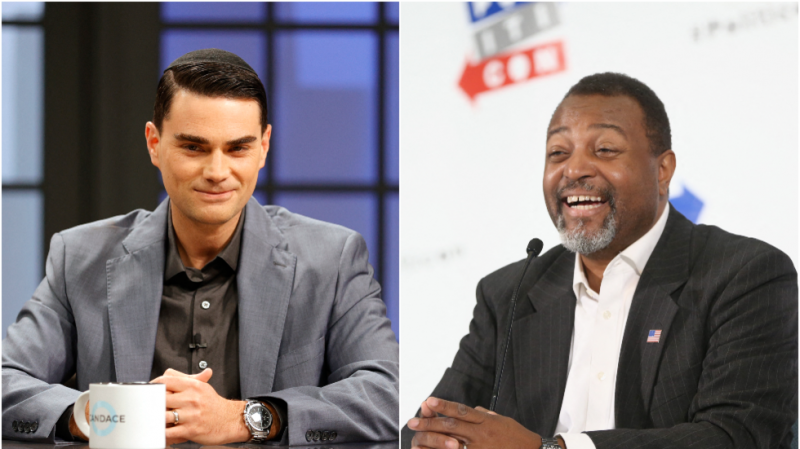 Shapiro took the lead, describing CRT as a worldview that teaches that “all disparity equals discrimination.”

When Maher asked Nance to share his thoughts, the former Navy cryptologist and self-declared Russia specialist said he was in full agreement with his ideological nemesis.

“I agree with everything he just said,” Nance proclaimed. Turning to Shapiro, he added: “And I appreciate you being honest in defining what it’s like to be a black American.”

“I’m just saying, I agree with all those suppositions because they are grounded in truth,” explained the MSNBC analyst.

Shapiro tried to poke holes in Nance’s logic, pointing out that Nance appeared to be a thriving beneficiary of the system which he claimed suffered from systemic injustice.

“If you’re going to criticize the meritocracy as an outgrowth of white supremacy then you’re going to have to tear down the system that you’ve succeeded in because you have merit. Or do you not have merit?” the conservative pundit said to Nance.

Later in the discussion, Nance took his own swipe at Shapiro, insisting that CRT had been “hijacked” by the right as something to be seen as negative, like the “Defund the Police” movement.

The pair also locked horns over the January 6 riot at the Capitol. Nance claimed during the discussion that former president Donald Trump had “mobilized 40,000 people” to “lay siege to the Capitol.” The MSNBC analyst then clarified that “over 1,000 or more entered the building.” Shapiro interrupted, describing Nance’s remarks as inaccurate.

“40,000 people did not assault the Capitol, OK? It’s just factually inaccurate. There were maybe 1,000 people. That is not making light of the evil of those people who all will end up rotting in prison, as they should,” he said.

Nance didn’t back down, insisting that thousands of people had participated directly or indirectly in the chaos which he blamed on Trump. Shapiro also refused to budge, arguing that his opponent has a “terrible habit” of labeling all Trump voters – 75 million Americans – as violent. Painting with such broad strokes is “ugly,” the conservative said.

The debate appeared to split the internet, with cheerleaders for both talking heads claiming their ‘side’ had emerged victorious.

The left-leaning Daily Beast ran a story declaring that Shapiro had “embarrassed himself” during his appearance on Maher’s program, while the right-leaning Daily Wire – which was founded by Shapiro in 2015 – took a not-so-surprising opposite view.

Social media was similarly torn. Journalists and pundits couldn’t decide who got “destroyed” during the debate.

Others were furious that Maher had given a platform to Shapiro, lamenting that the conservative could declare victory simply by being invited onto the HBO show.

Both pundits are steeped in controversy. Shapiro has been accused by critics of using his media outlet to stir up “outrage politics” and spread misinformation.

Nance, on the other hand, has taken flak for his often highly provocative televised analysis. In October, the MSNBC personality compared Donald Trump to the leader of Islamic State. His commentary on Russiagate has also raised eyebrows. In 2019 he claimed that former Trump campaign manager Paul Manafort would get “shanked” by Moscow in prison. A year earlier he warned that Russia was firing “cruise missiles of fake news” at the United States.