Home / WORLD / Who gains from a sectarian war in Afghanistan?

Who gains from a sectarian war in Afghanistan? 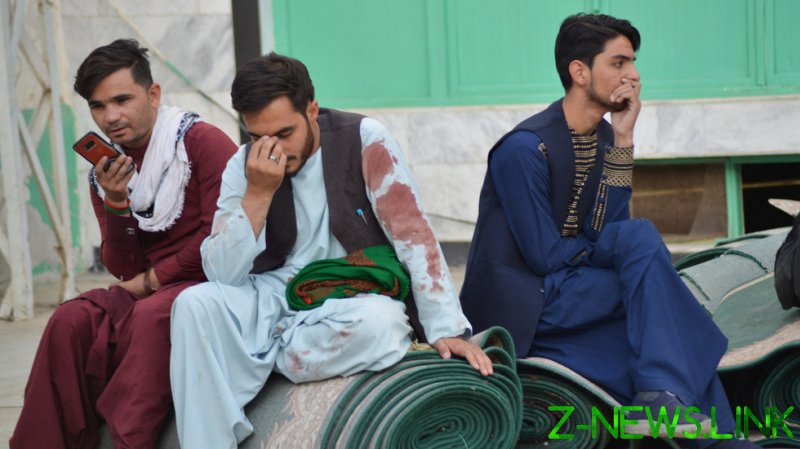 The surge in atrocities comes at a challenging time for the new Taliban government which is trying to establish international recognition as the legitimate authorities of Afghanistan. Much of the Taliban claim to rule relies on assurances that it would bring stability and security following the historic withdrawal of all US troops on August 31.

The Taliban – like the majority of Afghanistan’s 38 million population – is mainly of Sunni muslim faith. It has every incentive, however, to protect the lives of the minority Shia community. The bomb massacres at the two mosques in the northern city of Kunduz on October 8 and Kandahar, in southern Afghanistan, on October 15 were claimed by the ISIS affiliate group, Islamic State-Khorasan Province (ISIS-K).

This same group carried out the attack at Kabul airport on August 28 killing 13 US troops and over 160 Afghan civilians. It is officially designated as an enemy by Washington as well as by the Taliban. But is there a case of “my enemy’s enemy might be useful”?

The Taliban have vowed to root out ISIS-K and other Al-Qaeda-affiliated extremists. They all share an ultra-conservative profession of Sunni Islam, but it is not in the interests of the Taliban to see Afghanistan descend into a sectarian war when it is trying to mobilize national reconstruction after 20 years of war against the United States and other occupying NATO forces.

ISIS-K and other Al-Qaeda affiliates are also known by other terms, including Daesh, Takfiri or Wahhabi. They view Shia as heretics and liable to be put to death. Their cult-like theology put them in a different category from the Taliban who are rational players committed to national development.

But the surge in sectarian killings in Afghanistan has bigger geopolitical connotations.

A conference in Moscow planned for October 20 will bring together regional countries to chart a way forward for Afghanistan’s reconstruction. Attending the summit will be senior Chinese government officials and Taliban representatives. While the group is listed as a terrorist organization in Russia and banned, its delegation has been invited to Moscow to discuss the situation in the region.

Beijing has offered investment of billions of dollars to help Afghanistan recover from years of war devastation. The Taliban, for their part, have welcomed the “fraternal” contribution from China.

All regional countries have much to gain if Afghanistan can harness stability and economic development. The country’s prodigious mineral wealth and its strategic geographical location for transport and energy links make Afghanistan a potential linchpin in China’s Belt and Road Initiative and more generally Eurasian economic integration.

Russian President Vladimir Putin has expressed deep concern about the growing presence of terrorists in Afghanistan and a potential spread of extremism to the neighboring former Soviet republics.

China has also legitimate security concerts over threats posed by thousands of Uighur Islamists who have been engaged in terrorist violence in Afghanistan and Syria. Beijing has been assured by the Taliban that Kabul will not provide a safe haven for Uighur terrorists to launch attacks into its neighboring western province of Xinjiang.

In the first Shia mosque bombing on October 8, ISIS-K reportedly named one of its suicide bombers as a Uighur member.

The geopolitical significance seems clear. The surge in violence in Afghanistan is aimed at preventing the country from creating a stable government and to stifle a postwar reconstruction from cooperation with regional partners, in particular China.

In contrast to the overtures from Beijing, Moscow, Iran, Pakistan and others, the United States has sought to throw obstacles in the way of Afghanistan’s new Taliban government. Of course, revenge over Washington’s shameful retreat from the country is to be expected.

But Washington’s freezing of Afghanistan’s foreign reserves estimated at $10 billion as well as cutting off international finance from the World Bank and International Monetary Fund at a time when the country is facing an acute humanitarian crisis goes beyond vengeance. There seems to be a calculated agenda to consign Afghanistan to a fate of permanent failed state and to ensure that it won’t become a thriving part of the Eurasian model. In short, vindictive sabotage.

This then begs the question of whether the US has some clandestine role in supporting ISIS-K and its sectarian war agenda?

Speaking about the Shia mosque bombings, Iran’s President Ebrahim Raesi has openly accused the United States of sponsoring the growth of Daesh terror groups in Afghanistan with the purpose of inciting sectarian conflict.

Hezbollah leader Sayyed Hassan Nasrallah said the atrocities demonstrated that the objective of ISIS-K was to embroil Afghanistan in religious civil war and he also accused the American CIA as being responsible for the bloodshed. He claimed that the US has transported Daesh militants from Syria and Iraq to Afghanistan for a new phase of dirty war.

The collusion between US military intelligence and Islamist extremists has been spotlighted elsewhere. Former Afghan President Hamid Karzai claimed in 2017 that the Pentagon had assisted the infiltration of his country with ISIS brigades.

In 2018, the Russian government said it recorded transport of ISIS militants across Afghanistan with the use of “unidentified helicopters”.

We also know that massive supplies of weaponry and finances were funneled by the Pentagon to jihadi terror groups in Syria under the guise of arming “moderate rebels”.

During its occupation of Iraq, the US is documented to have used a counterinsurgency policy known as the Salvador Option in which pseudo-gangs led by American special forces deliberately incited sectarian violence as a way to manage political interests. The British authorities deployed similar dirty war tactics during the conflict in Northern Ireland and in other colonial-era campaigns.

With all of these things in view, it bears asking the question: is sectarian war in Afghanistan being fomented by powers who do not want to see the country prospering in a peaceful and stable Eurasian region led by China and Russia?