Home / WORLD / ‘Who did this?’ Tennis queen Naomi Osaka pokes fun at herself with Bernie Sanders meme on Twitter after backing Biden inauguration

‘Who did this?’ Tennis queen Naomi Osaka pokes fun at herself with Bernie Sanders meme on Twitter after backing Biden inauguration 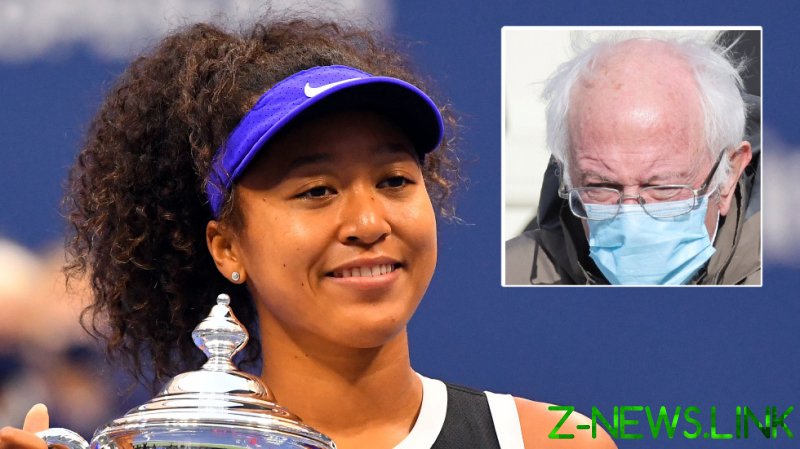 The photo of politician Sanders looking grumpy and reserved at the presidential ceremony has become a social media hit, with many users joking that he fully reflects a typical New York City mood, especially in winter time.

After the photo emerged online, internet jokers started posting images of Sanders edited into different scenes, including streets, subways and even at a chess board in Washington Square Park.

One of the edited pictures attracted the attention of three-time Grand Slam winner Osaka, who found the viral meme inserted into a picture from one of her games.

Sanders is seen sitting on a chair, with Osaka lying on the court.

“Who did this?” Osaka asked, poking fun at the tweet which she shared on her page.

Osaka had expressed her happiness with Biden’s election and posted on her Instagram story the moment Kamala Harris, current vice president of the United States, received congratulations with former president Barack Obama looking on.

The 2019 champion is currently preparing for the season-opening Grand Slam in Melbourne, which is set to begin on February 8.