Home / WORLD / White people may not like it, but here’s why it’s time for black descendents of slaves to be paid billions in reparations

White people may not like it, but here’s why it’s time for black descendents of slaves to be paid billions in reparations 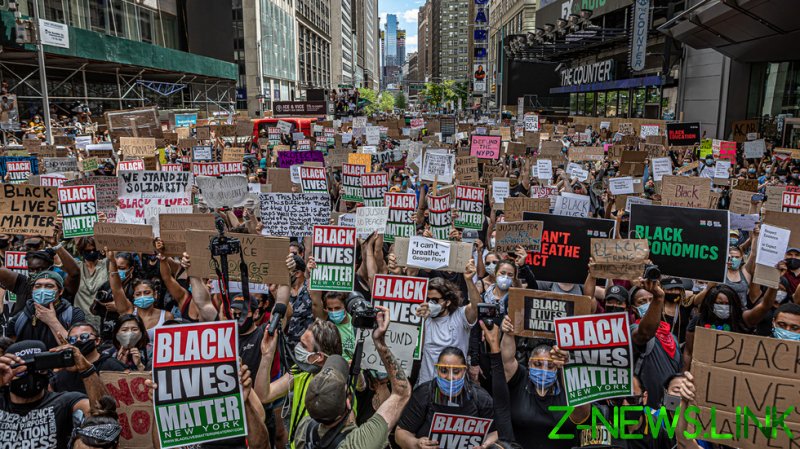 With the Chicago suburb of Evanston, Illinois, set to become the first city in America to pay black residents reparations, millions of clenched fists will be punching the air throughout the African diaspora. I for one will be raising a glass to the city’s good burghers who’ve come up with the novel idea of using a three percent tax levy on recreational cannabis sales, among other things, to finance a fund aimed at distributing $10 million over 10 years.

It’s just one decisive step in a burgeoning issue: right across America, hundreds of communities and organisations are examining the reparations issue like never before.

From California’s state legislature to small cities like Evanston, to religious denominations such as the Episcopal Church and leading colleges like Georgetown University in Washington, hundreds of entities aren’t just idly mulling over or waffling about such payments – they’re looking at how to put them into practice. This comes after the US congress heard testimony on ‘H.R. 40’ – a bill aimed at establishing a commission on the legacy of slavery to examine potential payments for the descendants of enslaved Africans.

I’m all for reparations – and not just because I’ve had my eye on a Porsche 911 for ages. Over the years, I’ve heard much bellyaching from vested-interest whites and Stockholm-syndromed blacks who can’t spell ‘reparations’ let alone figure out innovative and realistic mechanisms for paying this highly contested, but arguably just, form of restitution. Detractors moan that it ‘can’t be done’ or ‘it’ll never work’ or ‘who deserves it?’ or ‘where will it all end?’ – as if they actually give a fig about the ethics, morality or practicalities of reparations.

Enough, already. We all know what your problem is: you just don’t want black people to ‘get even’.

But eons of old-boy networks, patronage, nepotism, bungs, backhanders, bigotry and BS about the scourge of positive discrimination (aka ‘a break’) aside, if we can land a multibillion-dollar one-ton Tonka toy on Mars while simultaneously paying millions of people hundreds of billions of taxpayer dollars, pounds and euros to get drunk and sit around at home watching daytime television, then we can figure out how to literally settle this blacks v. whites beef once and for all.

I’ll happily STFU about racism forever if you just show me the dough and point me to the dotted line I need to sign. Hell, throw in a generous repatriation bonus and I’ll willingly ‘go back to where I came from’. Just name your price. Whether it’s governments, corporations, banks, the landed gentry… I really don’t care who’s paying. I want to be your friend as much as you want to be mine. So, let’s just cut the pretence about ‘healing’ or ‘coming together’ or creating a ‘post-racial’ world. Just pay up and let’s all go about our business. Because if the West doesn’t start coughing up, things are gonna start blowing up. Real soon.

The killing of George Floyd in 2020 and the subsequent rise of Black Lives Matter may well have been a game changer. Certainly, the movement has catalysed current thinking in ways previously unimaginable, particularly among white people (did I really see the footballer John Terry sporting a BLM T-shirt last year?). But BLM, the Black Panthers, MLK, Malcolm X, the Maroons, Queen Nanny, Harriet Tubman, Toussaint Louverture and millions of ordinary black people within the diaspora have been arguing against slavery and thus for reparations for centuries.

According to University College London’s (UCL) Legacies of British Slave-ownership research, 10% of wealthy 19th-century Britons were directly connected to the slave trade. Proceeds from this ‘human cargo’ helped build railways, businesses, buildings and art collections that exist today. Perversely, when the British introduced their 30-year trickle-down abolition programme in the early 1800s, they paid some £20 million in reparations, not to newly emancipated slaves, but to the slave owners for their loss of “property”. In today’s money, this compensation would be worth around £2.4 billion.

Needless to say, punching a 19th-century sum into an online inflation calculator does neither the economics of slavery nor its far-reaching legacy any justice. For one, a couple of billion pounds is chicken feed. It seems incalculable assessing the cost to those African states and a diaspora that has borne the brunt of 300 years of transatlantic slavery, in which upwards of 12 million kidnapped bodies were shipped off to, shunted between, and sacrificed at the altar of Western decadence.

Former special advisor to Barack Obama Stuart E. Eizenstat has argued, like many others opposed to reparations, that cash payments are not the way forward. This comes from someone who “spent decades of my life negotiating more than $17 billion in reparations for Holocaust survivors” from German governments. But every day, on the courthouse steps of Britain, America and other former slave-running Western powers, in cases from sex discrimination to libel to copyright infringement to breaches of contract, billions of dollars in claims are settled before litigation begins. Why? Because it’s more cost-effective to settle up and “make the problem go away”. If you don’t believe it works, just ask Donald Trump, or Bill Clinton…

Doing the right thing avoids future embarrassment and, whether by default or by design, in giving the ‘plaintiffs’ within the diaspora financial restitution it helps to silence at least some of the animus between black people and elites. I stress the latter because another false narrative put about by the anti-reparations dog whistlers is that the overwhelming majority of ordinary white people – unconnected as they are historically or as beneficiaries to slavery – should be made to feel responsible and pay compensation through personal taxation. This is nonsense. Reparations could easily be paid via those legions of tax-dodging, money laundering and racketeering entities that have gotten away with it for too long.

That’s not to say that there aren’t legitimate arguments against reparations.

For instance, take everyone’s favourite African-American conservative – 90-year-old economist, social theorist, and Stanford University senior fellow Thomas Sowell. Responding to the writer Ta Nehisi Coates’ impassioned essay, The Case for Reparations, and referencing his time living through America’s Jim Crow segregation, Sowell has said: “It was a rotten system, but I don’t know how we get from that to reparations. What we see in the United States in terms of the bad things we see all around the world. If you were to give reparations to everyone whose ancestors had been slaves, I suspect that you’d have to give reparations to more than half the entire globe. Slavery was not confined to one set of races. I suspect that most of the people [who were] either slaves or slave owners around the world were neither white nor black. I mean, this was a universal curse of the human species.”

There is, however, no statute of limitation in law, nor a moral or ethical concept, governing restitution for slavery. So what if the Romans enslaved ‘X’ or the Egyptians enslaved ‘Y’. It’s not just a false comparison to liken the slavery of antiquity or that imposed on the Irish or Scottish or whoever with transatlantic human trafficking; in the British context, at least, it makes a mockery of the link between pre- and industrial revolution slavery, colonialism, post-colonialism, and the economic mess many within the diaspora are in today.

Reparations need to be paid because the transatlantic slave trade, put simply, is but one chapter in a centuries-old system of exploitation that got me and millions of others to where we are today. Other ethnic groups can argue the toss as to whether they’re owed or ‘deserve’ reparations. Good luck to them.

But I take a pragmatic view of the issue: post-slavery, my parents and grandparents lived under British colonial rule, i.e., they existed not in a democracy, but in a de facto fascist state. They were socially engineered as a result of the slave trade and then forced to toil under a colonial-fascist regime before a scorched-earth imperialist policy coerced them to Britain to work as cheap immigrant labour.

Talk about a win-win-win for the (white) man.

I’m neither a religious man, nor an establishment toady. Likewise, I’d never deign to call myself a ‘man of the people’. But I do appreciate how scripture, elitist rhetoric and straight-talking vox populi helps to expose the rank hypocrisy surrounding our ever-present discourse on race and, increasingly, slave-trade reparations.

While 63 per cent of Americans believe in God with “absolute certainty”, only one in five thinks that the US government should use “taxpayer money to pay damages to descendants of enslaved people in the United States.” This figure plummets to just 10% when the same question is put to white Americans only.

Patently, Americans have a problem with numbers. Literally. As the Good Book says, Numbers 14:18: “The Lord is long-suffering, and of great mercy, forgiving iniquity and transgression, and by no means clearing the guilty, visiting the iniquity of the fathers upon the sons to the third and fourth generation.”

I know many people who can go back three or four generations and find relatives who were under the cosh or the lash picking cotton or cane in the Carolinas or West Indies back in the day. In fact, I’ve located a few not-so-distant relatives of mine connected to the plantations of the Caribbean and the Americas. Thanks to online genealogy sites, DNA databases and access to government and academic records, millions like me can draw direct lines back to thousands of slave owners, colonialists and their modern-day profiteers. Q.E.D.

As Lord Hewart, the early-20th-century Lord Chief Justice of England, once said: “It is not merely of some importance but is of fundamental importance that justice should not only be done but should manifestly and undoubtedly be seen to be done.”

When it comes to delivering ‘justice’ for the slave trade, and placating a reparations lobby that’s growing in strength, depth and influence, it’s time for those holding the purse strings to put up if they want those of us who support the movement to shut up.