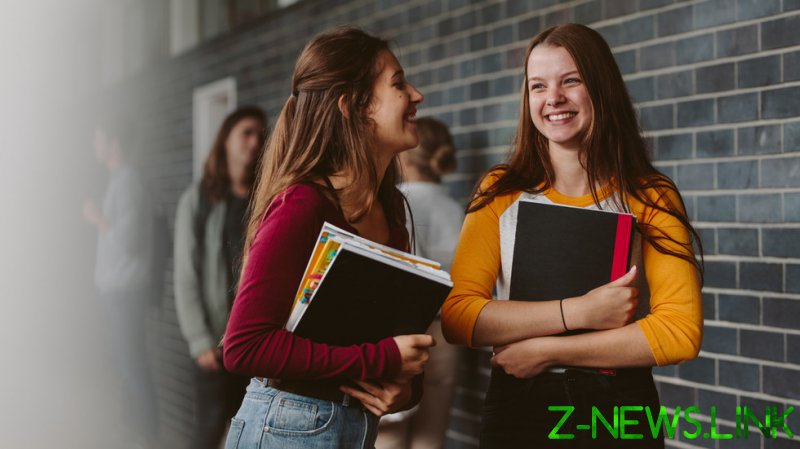 It was always going to happen. And now it’s official: women outnumber men at American universities on a scale that’s never been seen before. Not just slightly, or by a considerable margin, but by record, unprecedented levels.

By the end of the 2020-21 academic year, women constituted 60% of college students across American campuses, while men made up just 40%, according to the National Student Clearinghouse research group.

Compared to 2016, there are also 1.5 million fewer students in America’s higher education system and, yep, you guessed it, men account for 71% of the decline.

The same depressing pattern is playing out across the UK. Data released by UCAS, the Universities and Colleges Admissions Service, shows that the number of men on degree-level courses has declined by a tenth since 2014.

Specifically, white males are the only demographic to show a fall in numbers, even though there’s been a record rate of undergraduates accepted onto courses, this year: 448,080, to be precise. The number of Asian men at university has increased by 26.8%, while the number of black men has increased by 10.6%.

Women’s attendance has also skyrocketed across every ethnicity. The percentage of black women has increased by 19.9%, asian women 39%, white women 1.0%, mixed-race women 39.6% and ‘other’ BAME women are up a whopping 65.6%.

This isn’t a Western phenomenon. In Panama, 53 percent of the entire female population go into higher education, compared with just 34% of men. In Malaysia, nearly 65% of college students are female. In Argentina, 98% of women have some sort of higher education qualification – nearly twice as many as their male counterparts. Similarly, Sri Lankan women out-number guys in college by 2-to-1.

Anyone who’s surprised by this disparity is either a) an idiot or b) is in denial of the war against men. Anyone who’s a feminist simply won’t care.

In fact, they’ll probably see it as a triumph, because their goal was never about achieving equality but displacing men’s cultural prominence and replacing it with women’s. Their sole aim was to turn the tables and seize power – and, clearly, it’s working.

Anyone who denies this or thinks I’m a conspiracy theorist should consult the data: fathers have been systematically removed from the family unit and effectively have no rights; masculinity is deemed ‘toxic’ and branded harmful by the American Psychological Association.

The ongoing decline of men in universities is just another element in a bigger strategy.

But you know what? The sisterhood are welcome to their seizing of academia. Why? Because it’s a hollow victory. Once a springboard to success, colleges and universities are now an absolute racket.

First founded in ancient Greece by Plato and Aristotle, they were designed to be centres of free thinking and intellectual inquiry. They welcomed the likes of Alexander The Great, FFS. Now, they are indoctrination factories that specialise in Marxist theory and are heavily populated with spoiled, middle-class brats who have a taste for authoritarianism.

If they’re not banning speakers, such as eminent authors, they’re demanding a moratorium on Halloween costumes.

Then, once they’ve graduated, they not only emerge with thin skins and skewed ideas about the world, but also with £35,000-worth of debt that hangs around their necks like an albatross.

Who needs that? Certainly not today’s young men, who have got wise to this and are increasingly forging their own paths with innovative approaches to old industries, which has always been the cornerstone of society’s progress.

According to a recent study by the UK’s Intellectual Property Office, men are still filing the majority of patent applications around the world, as they always have done. These are the pioneers who think outside the box.

Unfortunately, most university students don’t bother to think at all.