Home / WORLD / White House walks back Biden comment on hacker swaps, says he’s willing for US & Russia to punish their own cybercriminals – media

White House walks back Biden comment on hacker swaps, says he’s willing for US & Russia to punish their own cybercriminals – media 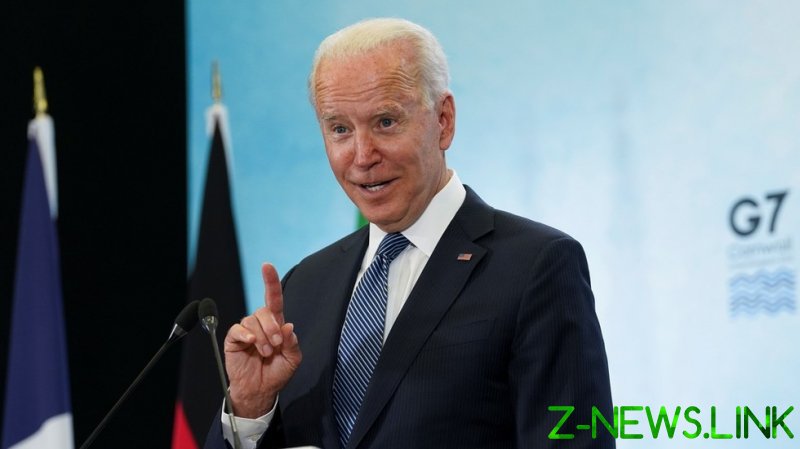 National Security Adviser Jake Sullivan told reporters on Sunday that Biden would pledge that US hackers who undertake illegal cyberattacks internationally are held accountable if Russian President Vladimir Putin ensures his country does the same, according to Reuters. He made his comments on a flight to Brussels from the UK, where G7 leaders wrapped up their summit.

Earlier in the day, when asked about Putin’s proposal for the US and Russia to exchange cybercriminals who had perpetrated attacks on each other’s countries, Biden said, “I’m open to it if there’s crimes committed against Russia that, in fact, are… the people committing those crimes are being harbored in the US. I’m committed to holding them accountable.”

Biden added that it was “potentially a good sign of progress” that Putin had made the offer. The two leaders are scheduled to hold a bilateral summit on Wednesday in Geneva – their first meeting since Biden took office in January.

The summit comes amid rising concerns over hacker crimes, including ransomware attacks on US infrastructure. The Biden administration has said Moscow bears responsibility for the attacks, saying repeatedly that “responsible states do not harbor ransomware criminals.” Moscow has denied any involvement.

Putin said on Sunday that Russia would be willing to extradite cybercriminals to the US, as long as Washington reciprocates.

Speaking after the G7 summit, Biden defended his decision to hold a solo press conference following his meeting with Putin rather than sharing the stage with the Russian leader. “This is not a contest about who can do better in front of a press conference or trying to embarrass each other,” he said. “It’s about making myself very clear what the conditions are to get a better relationship.”