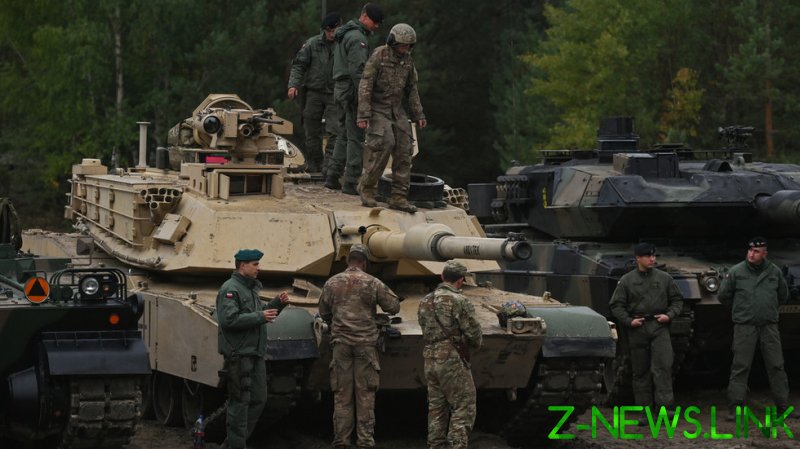 The policy codifies the current strained relationship between the US, Russia and China in a way critics have argued sets the stage for a new Cold War, deeming “powers that layer authoritarian governance with a revisionist foreign policy” to be Washington’s “most pressing strategic challenge.” The US will “effectively compete” with China, which is described as “the only competitor with both the intent and, increasingly, the capability to reshape the international order,” but will limit its interactions with Russia to “constraining” the “dangerous” country.

The administration apparently saw no contradiction in following that statement up with a promise to “engage countries on their own terms” rather than merely “view[ing] the world solely through a competitive lens” – though the document explains such a privilege will be available only to those countries “willing to constructively address shared challenges within the rules-based international order.”

In his remarks to reporters, Sullivan attempted to reframe the increasingly-strained great power rivalry as friendly, insisting “we are not seeking competition to tip over into confrontation or a new Cold War.”

The administration acknowledges that it has “broken down the dividing line between domestic and foreign policy,” suggesting its own authority to “defend our homeland our allies, partners and interests overseas, and our values across the globe” supersedes that of local governments. However, the policy stresses that “our alliances and partnerships around the world are our most important strategic asset” and pledges to deepen those by injecting “more democracy” into its foreign relations.

Russian President Vladimir Putin had remarked in a speech earlier this month that the US instead bullied the nations “they cynically refer to as equals and allies” into submission with “the law of the fist.”

While the document makes repeated references to strengthening, modernizing, and otherwise expanding the US military, the administration hints at battle fatigue in the Middle East, pledging to “empower our allies and partners [to] advance regional peace and prosperity, while reducing the resource demands the region makes on the United States over the long term.” Biden officially ended the US’ longest-ever war when he declared an end to Washington’s engagement in Afghanistan last year, though the pullout was derided from both sides of the political aisle as poorly thought-out, inconsiderate of local allies, and ultimately self-defeating, as the Taliban regained power within a month.