White House reveals why Biden will not visit Ukraine 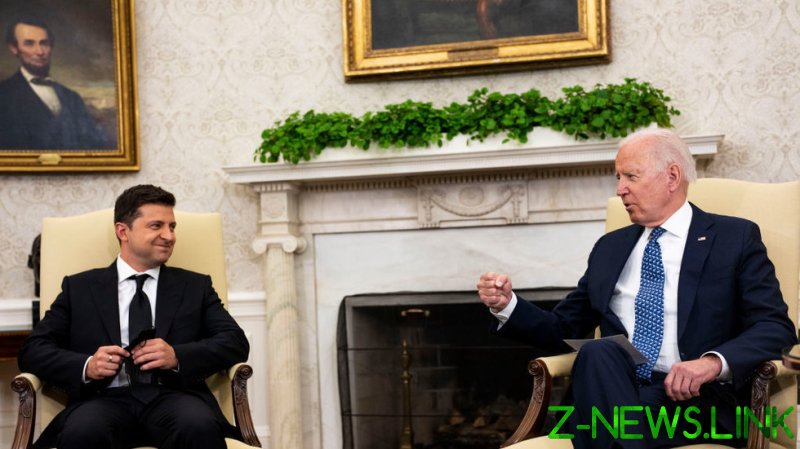 The possibility of US President Joe Biden visiting Ukraine “was not explored,” but there were a few reasons behind the decision not to go “into a war zone,” White House Press Secretary Jen Psaki said.

“We have not explored this option,” Psaki said when asked during Monday’s press briefing if a trip to Ukraine had been considered. She took to Twitter on Sunday to make it clear that Biden has “no plans to travel into Ukraine.”

The spokesperson said that for any president, traveling into a war zone requires not only security considerations, but “an enormous amount of resources on the ground which is always a factor.”

“But also the president felt and the security team felt that he could have the most effective and impactful trip by convening these meetings with NATO leaders, the G7, the EU in Brussels to determine both the continued military coordination, humanitarian and economic coordination, as well as by going to visit Poland right next door to talk about everything from refugees, refugee assistance and continued assistance we can all provide together,” Psaki said.

Biden is scheduled to take part in the NATO summit and other meetings in Brussels on March 24. The following day, he will go to Warsaw for a meeting with his Polish counterpart, Andrzej Duda to discuss the response to the “humanitarian and human rights crisis” created by the conflict in Ukraine, according to the White House.

Meanwhile, UK Prime Minister Boris Johnson plans to make a “lightning” visit to Kiev, even though his own security services are advising him against the trip, amid the worsening security situation in the Ukrainian capital, according to the Daily Mail, citing a Whitehall source.

Moscow attacked Ukraine in late February, following a seven-year standoff over Kiev’s failure to implement the terms of the Minsk agreements, and Russia’s eventual recognition of the republics of Donetsk and Lugansk. The German- and French-brokered protocols were designed to regularize the status of the regions within the Ukrainian state.