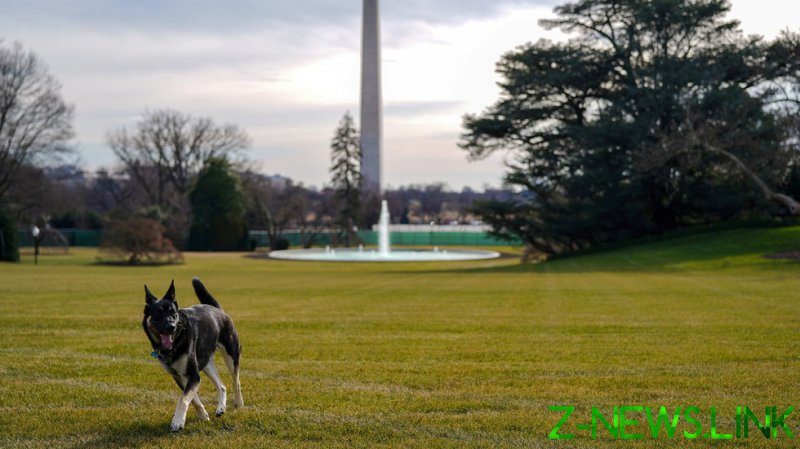 One of these incidents had previously been acknowledged by the White House. The reporter asking the pressing question claimed it was “significant” as the discrepancy between what the White House had said about major versus what the new report shows means there could be no “transparency” in even “minor stories” from the administration.

“I know you do keep the dog in the news in the briefing room, so thank you for that,” Psaki said in response, adding that Major has had “some challenges” to adjusting to life in the White House.

Even the press secretary appeared a bit shocked by the question, sarcastically referring to the press’ “ongoing interest in the dog.”

Other questions lobbed as Psaki understandably had more to do with the chaos in Kabul and evacuation efforts, making the question on Major stick out as even more bizarre.

Online audiences mocked the fact that time in the press room would be dedicated to questions on a dog, especially while the country is going through a chaotic evacuation mission that has only days to be completed.

“I think the reporter should go directly to the source and search out Major and ask him some questions about his biting. Another proud day for journalism,” one Twitter user wrote in reaction to the line of questioning.

“I wonder if the reporter was aware that 13 of our brave troops and 90+ other human beings died yesterday?” another asked, referring to the bombing at the Kabul airport that left service members and civilians dead. Biden has promised retaliation, but not specified how or when any such action could take place, vowing to keep the evacuation mission the priority.

“Give him the Pulitzer already. Not,” Guardian’s congressional reporter Hugo Lowell tweeted.

Some users even took to blaming the odd question on “Russia Today proxies” in the media, despite the fact that neither the report nor the journalist behind it come from RT, but rather the New York Post.