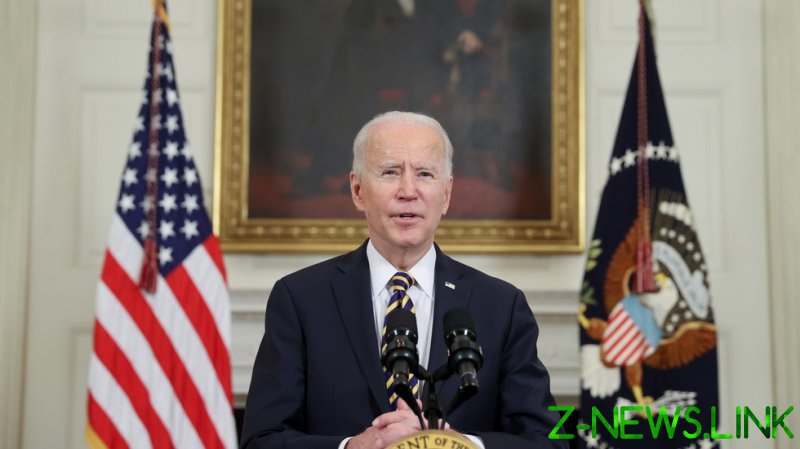 Biden’s virtual visits “will not be subject to release,” an unnamed White House official told Politico on Monday. The official compared the decision to hold back the information to how “previous administrations didn’t release phone logs,” despite the fact that virtual visits have become the primary form of meetings amid the Covid-19 pandemic.

“But we’re planning on regularly releasing the attendee lists for in-person meetings at the White House,” the official added.

The refusal to release virtual meeting logs is seemingly at odds with the Biden administration’s commitment to transparency, which it has repeatedly promised.

Biden spokesman Mike Gwin said in a statement to Politico that the president “committed during the campaign to restoring ethics and transparency to government, and in his first weeks in office he’s taken significant steps to deliver on that.”

Examples Gwin gave included Biden “putting in place sweeping ethics guidelines for the administration,” pledging “to regularly release visitor logs again,” – a policy which the Trump administration had stopped – and “reinstating the daily press briefing,” where journalists will reportedly soon be charged $170 for Covid-19 tests if they want a seat.

In addition to the lack of virtual meeting logs, the president and vice president’s schedules are not being published online, which has been the norm under most previous administrations, Politico reported. The citizen petitions service – launched during former president Barack Obama’s administration and continued under President Trump – has also been taken down from the Biden White House website.

In January, White House Press Secretary Jen Psaki said Biden’s administration wanted to bring “truth and transparency back to the briefing room,” and that “rebuilding trust with the American people will be central to our focus in the press office and in the White House every single day.”

Last week, Psaki again hailed a policy of White House transparency, telling reporters that Biden made it “clear on the campaign trail that the American people expect and deserve transparency from their president.”

Good governance watchdogs have not been as positive about the Biden administration’s commitment to transparency as Psaki, however. Digital Democracy Project director Alex Howard told Politico that the steps taken are “welcome, but insufficient to the moment and the need,” while Americans for Prosperity Foundation counsel Ryan Mulvey called Biden’s transparency measures so far “disappointing.”

Last month, the leaders of 43 good governance organizations also wrote a letter to Biden calling on him to “embrace open government” as one of his “administration’s most important priorities.”