White House pushes for ‘orderly’ withdrawal from Afghanistan by 9/11 anniversary, US definitely missing May 1 deadline 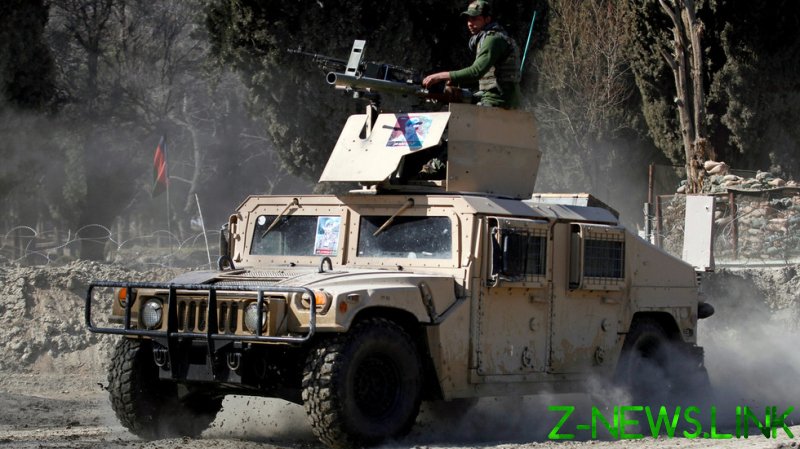 The Biden administration “will begin an orderly drawdown of the remaining forces before May 1 and plan to have all US troops out of the country before the 20th anniversary of 9/11,” according to a senior official speaking to reporters on background Tuesday. President Joe Biden himself is scheduled to formally announce this on Wednesday.

“We went to Afghanistan to deliver justice to those who attacked us on September 11th and to disrupt terrorists seeking to use Afghanistan as a safe haven to attack the United States. We believe we achieved that objective some years ago,” the official said, adding that the US has “long known that there is no military solution to the problems plaguing Afghanistan.”

The withdrawal is not “condition-based,” meaning it will happen regardless of the situation in Afghanistan. It will begin before May 1, but will extend past the date agreed in the 2020 agreement signed in Doha due to “operational and logistical issues” required for a “safe and orderly” pullout, the official said.

This has been the talking point in Washington for the past month, though Biden himself had flubbed it during his March 25 press conference, saying the reasons were “tactical” instead. There are reportedly some 2,500 US troops in Afghanistan, along with up to 1,000 special forces personnel.

The unnamed official went on to reassure reporters that the US will maintain an intelligence and diplomatic presence in Afghanistan, give visas to Afghans who collaborated and their families, and work to “protect the gains made by Afghan women.”

Congresswoman Liz Cheney (R-Wyoming), daughter of Vice President Dick Cheney who oversaw the original invasion, denounced the withdrawal as a “dangerous signal that the United States fundamentally does not understand—or is willfully ignorant of—the terrorist threat” and something that “hands the Taliban and [al-Qaeda] a propaganda victory, abandons our global leadership position, and plays into our adversaries’ hands.”

Senator Lindsey Graham (R-South Carolina) called it “so irresponsible, it makes the Biden Administration policies at the border look sound,” and described it as “dumber than dirt and devilishly dangerous.” Graham also echoed Cheney’s claim that it would be a signal of weakness to al-Qaeda, Islamic State (IS, formerly ISIS) terrorist group, “Hezbollah, China, Russia, and Iran.”

In a Senate floor speech, Minority Leader Mitch McConnell (R-Kentucky) called it “a grave mistake” and “a retreat in the face of an enemy that has not yet been vanquished, an abdication of American leadership.”

Bill Kristol, a neconservative who backed the original invasion and now a Biden voter, argued that the 20-year war has been “worth it” and “continues to be worth it.” Even some Democrats, such as Senate Foreign Relations chair Robert Menendez (D-New Jersey) were concerned “that after so much blood and national treasure that we don’t lose what we were seeking to achieve.”

This is not the first time a US administration Biden was a part of made a promise to retreat from Afghanistan. In October 2012, President Barack Obama quoted his then-VP Biden as saying “We are leaving in 2014. Period.” Except it wasn’t, because it obviously didn’t happen.

However, while the McConnell-Graham-Cheney wing of the GOP successfully joined forces with Kristol, the Democrats and the Pentagon establishment to sabotage President Donald Trump’s plan to withdraw from Afghanistan by the end of 2020, there is no indication that Biden will face the same problem. He doesn’t need the Republican votes, the Democrats seem likely to fall in line, and the Pentagon appears to be loyal in a way it never was to Trump.

Another indicator that the withdrawal might actually happen is that multiple British outlets reported on Tuesday evening that the UK has drawn up plans for all of its 750 troops to leave Afghanistan.

As for the Taliban, they have insisted on the May 1 deadline and said anything else would be a “violation” of the Doha accords and warrant an unspecified “reaction.” On Tuesday, however, their spokesman Mohammad Naeem only said that “Until all foreign forces completely withdraw from our homeland, the [Taliban] will not participate in any conference that shall make decisions about Afghanistan.”

That’s bad news for both Turkey, which said it wanted to broker ceasefire talks next week, and the government in Kabul, which is likely to collapse without US support much like South Vietnam did in 1975. Just two years earlier, US President Richard Nixon had brokered a “peace with honor” and withdrew troops from what had been America’s longest war – until Afghanistan took over that dubious distinction.