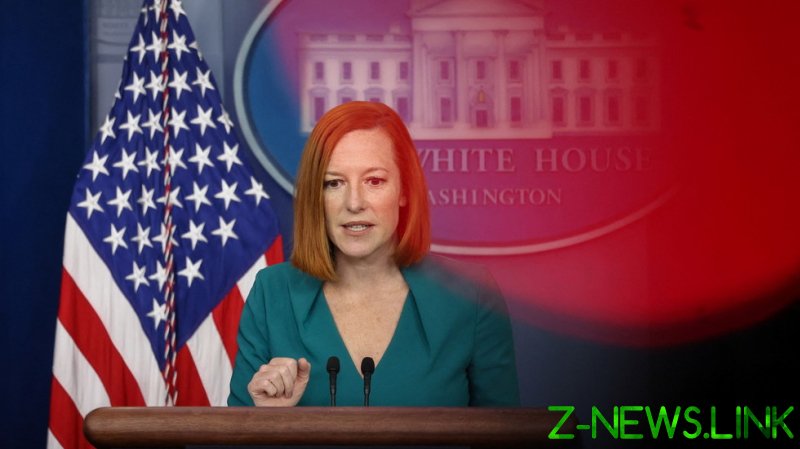 After being asked on Tuesday for her opinion on the argument that high inflation in the US is being driven by “corporate greed,” Psaki responded that President Joe Biden and Secretary of Agriculture Tom Vilsack “have both spoken to what we’ve seen as the greed of meat conglomerates.”

“That is an area, one where people go to the grocery store and they’re trying to buy a pound of meat, two pounds of meat, ten pounds of meat. The prices are higher,” she said, claiming that you “could call it corporate greed, sure.”

“You could call it jacking up prices during a pandemic,” Psaki added.

The press secretary then pointed out that “there are other areas where we’ve seen increases because of supply chain issues and we’re seeing those increases around the world, as it relates to gas prices, oil supply, and things along those lines.” However she concluded that “there’s some areas where we have seen corporations benefit, profit from the pandemic, and certainly the president would agree with that component.”

Meat is not the only product to have shot up in price in the US since Biden replaced former President Donald Trump in January.

The Bureau of Labor Statistics revealed last week that inflation in the US rose by 6.8% between November 2020 and November 2021 – the highest since 1982.

Psaki’s comments drew pushback online. Conservative commentators accused the White House of misleading the public on why prices were so high.

“It’s amazing how this ‘greed of meat conglomerates’ didn’t exist at this level until Joe Biden took office and inflation shot up. Weird coincidence,” wrote conservative commentator Buck Sexton, while Manhattan Institute senior fellow Brian Riedl joked, “Time to break up ‘big meat’ – who after decades of getting only 2% greedier per year decided to get extra greedy in 2021.”