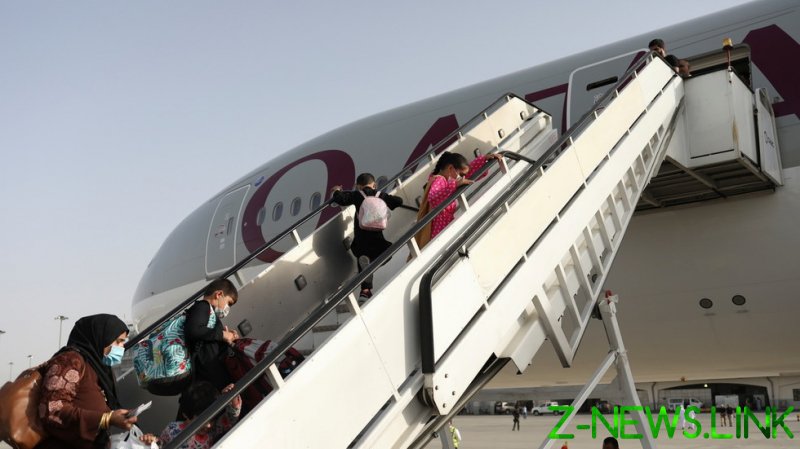 Four cases of measles have been diagnosed among Afghans who have recently arrived in the US, White House Press Secretary Jen Psaki announced on Friday, adding that the Centers for Disease Control (CDC) had called for a halt to the flights out of an abundance of caution.

The cases were reportedly detected in evacuees who had been flown to Dulles International Airport in Virginia.

Psaki said that measles vaccination is “currently being required” for all Afghans boarding US-bound flights. Moreover, “critical immunizations” such as the MMR – measles, mumps, and rubella – vaccine are being offered to Afghans at military bases inside the US, Psaki said. The government is “exploring” a possibility to vaccinate Afghans while they are still waiting to be transported to the US in third countries, she added.

However, some 50,000 refugees from Afghanistan have already arrived stateside since the Taliban assumed control of the country. They are spread out across some half-dozen US military bases, and it’s unclear whether all of them have been vaccinated and if there is a plan to retest them.

One measles case had already been identified at Fort McCoy in Wisconsin as of Tuesday, where thousands of Afghan refugees were delivered before their stateside resettlement. Fox News, citing an internal document, reported that the Army base has stopped accepting new evacuees, but spokesman for Task Force McCoy told the outlet they were still processing Afghans. The base currently houses 8,000 refugees and has space for as many as 13,000.

The measles virus is highly contagious, and while it is rarely serious in the developed world, where it has been all but eradicated, it is reportedly one of the leading killers of young children in Afghanistan. The country has the seventh-highest number of measles cases worldwide, according to the CDC.