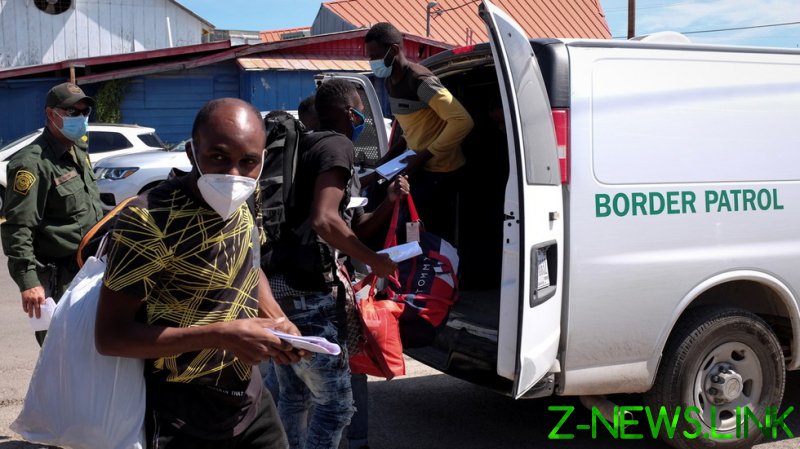 Reports that the migrants could receive millions in compensation surfaced last week, immediately drawing outrage. The president, however, appeared to later pour cold water on the rumors, denying such generous payments were going to be made.

“That’s not going to happen,” he told the press on Wednesday, referring to the reports as “garbage.”

Jean-Pierre insisted on Thursday the president was not contradicting himself, claiming that he was specifically referring to the $450,000 number when he said they would not happen.

“As press accounts to date indicate, DOJ made clear to the plaintiffs that the reported figures are higher than anywhere that a settlement can land,” she said, suggesting lower payouts.

Jean-Pierre also claimed earlier that Biden is in favor of the payments if they “save” taxpayer dollars and help put “the disastrous history of the previous administration’s use of zero tolerance and family separation behind us.” She did not explain how taxpayer money would be saved, but Jean-Pierre made clear the current administration blames Trump’s “cruel, inhuman, immoral” immigration policies for the lawsuits from thousands of migrants separated under the former president’s zero tolerance policy.

Biden has faced backlash over the potential payouts, and his denial of them led to further criticism from some liberal activists and the American Civil Liberties Union (ACLU), which released a statement suggesting the president was unaware of what was happening at the Department of Justice and accusing him of “abandoning” promises he’d previously made while running against Trump.

“We respectfully remind President Biden that he called these actions ‘criminal’ in a debate with then-President Trump and campaigned on remedying and rectifying the lawlessness of the Trump administration,” the group said on Thursday in response to Biden’s “garbage” comment, adding “We call on President Biden to right the wrongs of this national tragedy.”