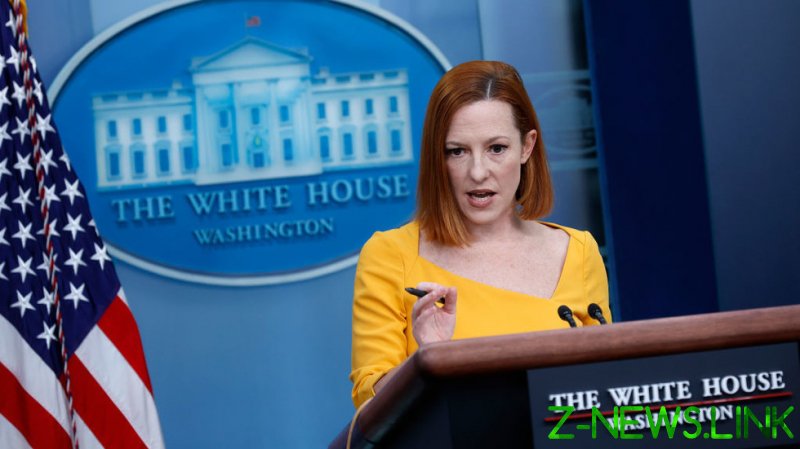 President Joe Biden was apparently unmoved by Ukrainian leader Volodymyr Zelensky’s latest plea for a no-fly zone amid Moscow’s military offensive in the former Soviet Republic, standing by his view that such a move would carry too much risk of triggering a wider war with Russia.

“We are not interested in getting into World War III,” she added.

Psaki’s comments came in response to a reporter who asked — in light of President Zelensky’s speech on Wednesday to the US Congress — whether there is any scenario in which Biden would change his mind about imposing a no-fly zone to help protect Ukraine from Russian attacks. The press secretary said Biden watched Zelensky’s speech and found it to be “passionate and powerful,” but the US president makes decisions “through the prism of our own national security.”

Zelensky spoke to members of Congress via a video link, likening the current crisis in Ukraine to Japan’s December 1941 attack on Pearl Harbor and the September 2001 terrorist attacks in New York and Washington. “Just like no one else expected it, you could not stop it,” he said. “Our country experienced the same every day, right now, every night, for three weeks now.”

The Ukrainian president argued that with a “humanitarian no-fly zone,” Russia would no longer be able to “terrorize” Ukrainian cities from the air. “To create a no-fly zone over Ukraine, to save people, is this too much to ask?”

Biden announced $800 million in additional US aid for Ukraine on Wednesday, but he stopped short of offering military aircraft or altering his stance on a no-fly zone. While some US politicians have called for a more aggressive response to the crisis, such lawmakers as Senator Mike Braun (R-Indiana) and Representative Emanuel Cleaver (D-Missouri) warned after Zelensky’s speech that escalations of the conflict could lead to a US-Russia or global war.

“It’s not some sort of gentleman’s agreement,” said Representative Thomas Massie (R-Kentucky). “It would literally mean Russian planes being shot down by US forces – and the retaliation that would ensue.”