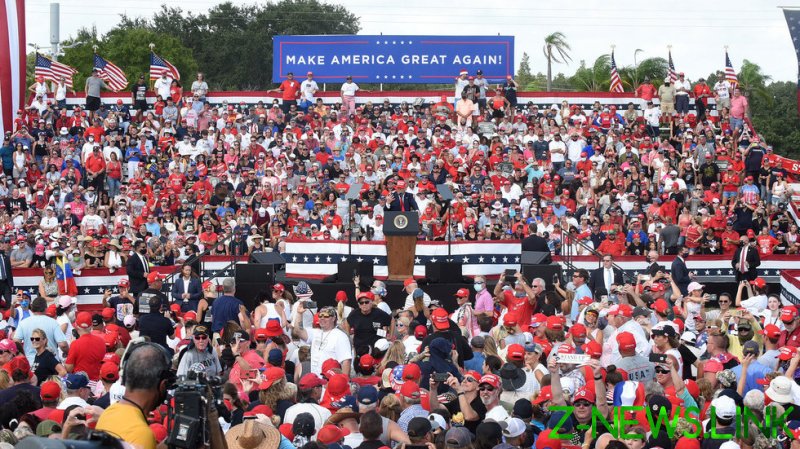 “The president thinks that there is an extremist threat to our democracy,” Jean-Pierre began, arguing US President Joe Biden had been “as clear as he can be on that particular piece.”

Implying her words had come directly from Biden, she explained, “The way that he sees it is the MAGA Republicans are the most energized part of the Republican Party … This is an extreme threat to our democracy, to our freedom, to our rights.”

While she did not elaborate on the president’s plans to address that threat, she cautioned that “violence or threats of violence have absolutely no place in our society” no matter “which side of the aisle that you’re sitting on.”

It wasn’t the first time the Biden administration has characterized supporters of the former president as an existential threat to the American way. Biden previously bashed “MAGA Republicans” at a donor event last week, likening their “philosophy” to “semi-fascism” and insisting they “don’t just threaten our personal rights and economic security” but “refuse to accept the will of the people” and “embrace … political violence,” posing a “threat to our very democracy.”

“It’s not hyperbole, now you need to vote to literally save democracy again,” he urged his supporters.

Jean-Pierre subsequently defended the controversial remarks, urging doubters to “look at the definition of fascism” and “think about what [MAGA Republicans are] doing in attacking our democracy, what they are doing in taking away our freedoms … our voting rights.” However, she denied it was an attack on all Trump voters, insisting the president was referring only to “the extreme ultra wing of Republicans.”

Critics claim Biden has made demonizing the opposition party a centerpiece of his reelection campaign, marking a hard shift from the start of his presidency. The Democrat career politician had initially pleaded for unity among a deeply-divided electorate as accusations of election fraud and the aftermath of the January 6 Capitol riot cast a long shadow over his inauguration.

The tactic has reminded many of former Democratic presidential candidate Hillary Clinton’s infamous denunciation of half of Trump’s voters as a “basket of deplorables” riddled with racism, sexism, and other unwholesome attributes. Despite what she seemed to believe was a certain win, Clinton lost to Trump in 2016, having failed to win over the “other” half of his supporters.