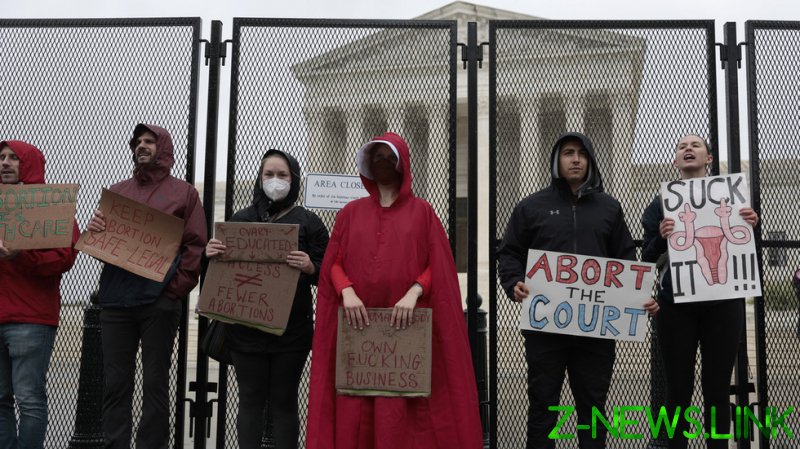 President Joe Biden’s US government has declared that lurking outside the homes of Supreme Court justices in order to protest their presumed stance on reversing the Roe v. Wade decision that legalized abortion in the US is not morally conscionable.

White House press secretary Jen Psaki released a statement on Monday acknowledging that “judges perform an incredibly important function in our society, and they must be able to do their jobs without concern for their personal safety.” Protests against Supreme Court decisions must “never include violence, threats or vandalism,” she continued.

Psaki was referring to the activities of a group of activists calling itself Ruth Sent Us,’ which last week announced a planned series of protests outside the homes of conservative Supreme Court justices expected to rule in favor of repealing Roe v. Wade. The group’s website prominently features a map with the judges’ home addresses, an invasion of privacy that could also invite violence given the increasingly volatile climate surrounding the issue over the weekend. The office of a Wisconsin conservative anti-abortion organization was vandalized on Sunday in what was believed to be arson, and law enforcement has constructed a hefty fence around the Supreme Court building in Washington, DC in an effort to head off further violence.

Psaki’s tweet represented an about-face from her previous dismissive stance about the release of the personal information of justices. Asked on Thursday by Fox News reporter Steve Doocy whether the activists’ posting of the map represented “the kind of thing this president wants,” Psaki responded that she didn’t “have an official US government position on where people protest.”

The website called on activists to demonstrate outside of the homes of the conservative justices following the leak of a draft opinion written by Justice Samuel Alito calling for the repeal of the 1973 ruling that legalized abortion in the US. Although the identity of the leaker has not been officially determined, experts have suggested the individual will face criminal prosecution. Lacie Wooten-Holway, a neighbor of conservative justice Brett Kavanaugh, has taken credit for at least some of the protests, claiming she organizes “peaceful candlelit vigils in front of his house” but is “not going to be civil to that man at all” going forward. 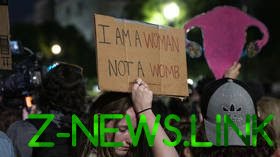 The sudden feeding frenzy over the potential repeal of federal abortion rights has seized hold of the American political discourse ahead of the midterm elections, which had previously seemed to guarantee big wins for the Republican Party/ Now, despite record inflation, near record-high gas prices and the funneling of billions of taxpayer dollars into the Ukraine conflict, Democratic voters have rallied behind their party’s leaders out of fear of the loss of abortion rights, though the procedure would likely remain legal in most ‘blue states’ even if Roe v. Wade is overturned.

Senate Majority Leader Chuck Schumer has sought to bring a bill codifying abortion rights to the floor for a vote on Wednesday after a previous attempt to pass such legislation failed in March. Biden has also condemned Alito’s draft opinion.