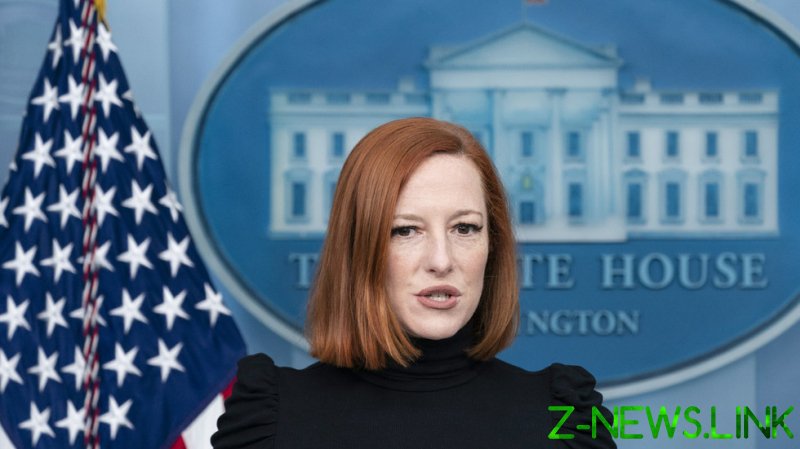 Washington has nixed nascent plans for a meeting between Presidents Joe Biden and Vladimir Putin because of Russia’s recognition of Ukraine’s breakaway republics, White House press secretary Jen Psaki has said. She added that the Biden administration still hopes for a diplomatic solution to the crisis.

“We’re never going to completely close the door to diplomacy, and I don’t think the Secretary of State did that either,” Psaki said, referring to the comments of Secretary of State Anthony Blinken, who called off talks with his Russian counterpart, Sergey Lavrov, earlier on Tuesday. Psaki noted that the meeting between Blinken and Lavrov should have paved the way for the summit.

Speaking at a press conference alongside Ukrainian Foreign Minister Dmitry Kuleba, Blinken said that it “doesn’t make sense” to go forward with the meeting amid what the US sees as Russia’s “invasion” of Ukraine, and denounced the recognition of the two republics by Moscow as a “wholesale rejection of diplomacy.”

Asked by a reporter what it would take to bring the Biden-Putin summit back on the table, Psaki responded: “De-escalation,” further clarifying that “de-escalation means moving troops, it means de-escalating from what the steps they [Russia] are continuing to take on daily basis appear to be”

Psaki had said on Sunday that Biden agreed “in principle” to a meeting with Putin. That all apparently changed when Putin announced on Monday that Russia would immediately recognize the breakaway Donetsk (DPR) and Lugansk (LPR) People’s Republics as sovereign nations. The Russian leader on Tuesday won lawmaker approval to deploy troops abroad, possibly as peacekeepers in war-torn DPR and LPR.

Biden responded by announcing new sanctions against Moscow and US troop deployments in Baltic states on Russia’s borders.

“What we want to do is prevent a large-scale invasion, death and destruction across Ukraine, devastation to the Ukrainian people,” the press secretary said. She said Biden had “rallied the world” in standing up against Putin, and US sanctions would influence Moscow’s decision-making over time.

Psaki also took a shot at former President Donald Trump, who said in a radio interview that Putin had outmaneuvered Biden with a “genius” strategy in Ukraine’s Donbass region. Asked about Trump’s comments, Psaki said, “We try not to take advice from anyone who praises President Putin.”