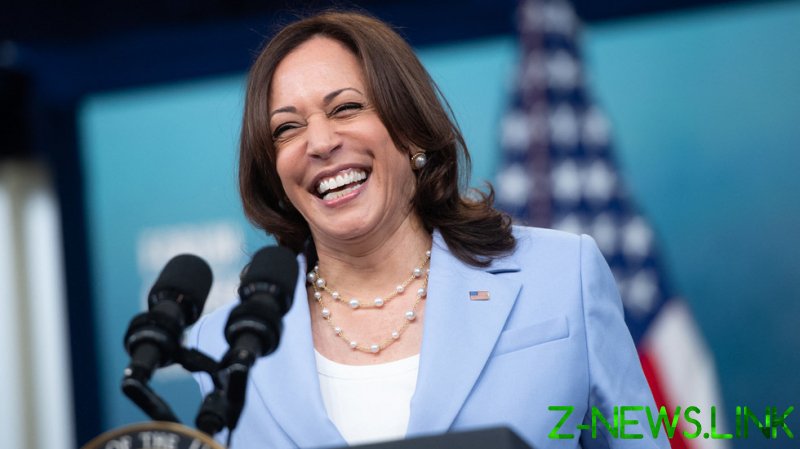 Axios reported on Friday that several administration officials viewed Harris’ office as a poorly-managed “s**tshow” that lacks the discipline and professionalism of President Joe Biden’s inner circle. Pointing to the fact that the VP has already lost several top aides, Biden officials told the outlet that Harris doesn’t have strong relationships with her staff and has repeatedly received bad advice from her communications team.

The problems could have far-reaching consequences. Should Biden choose not to seek re-election in 2024, Harris would be the presumptive Democratic nominee. But Democrats close to the White House, including senior administration officials, are reportedly concerned that her political tone-deafness and handling of high-profile issues could make her a liability. One Democratic operative told Axios that party insiders are questioning whether the first African-American vice president would be a strong pick for the Oval Office.

Increasingly, Democrats are thinking: “Oh, she’s f**king up, maybe she shouldn’t be the heir apparent,” the source said.

The salacious scoops follow reports alleging that there are growing tensions between West Wing officials and the Harris team.

However, doubts about Harris’ leadership abilities have been dismissed by senior officials. White House Chief of Staff Ron Klain told Axios that the president has full trust and confidence in his second-in-command.

Biden senior adviser Cedric Richmond was similarly scornful of the rumors, insisting that the VP had fallen victim to a “whisper campaign designed to sabotage her.” Richmond described the vice president as a “staunch advocate for the Biden-Harris agenda,” and said that he has yet to receive complaints about her or her team. He further noted that many people working for Biden have been with him for “decades” and that it was unfair to hold the VP’s team to the same standard one might expect from the president’s staff. Richmond pointed out that criticisms of Harris and her team were only coming from anonymous sources, adding that the allegations have snowballed to create an “urban legend” about the VP’s office.

Questions about Harris’ administrative capabilities came to the forefront after Politico ran a story earlier this week claiming that the work environment in her office was “tense and at times dour.”

The outlet cited more than 20 current and former officials and associates of Biden of Harris, several of whom blamed the VP for the “low morale” in her office.