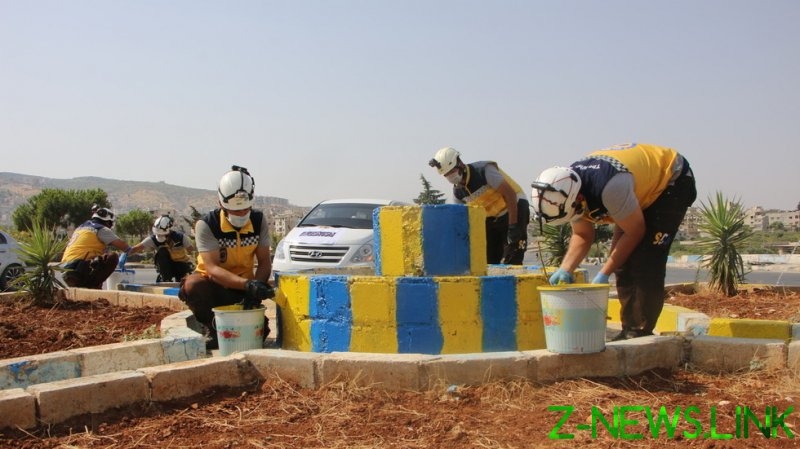 White Helmets, a controversial group hailed as heroes in the West but also criticized for being close to radical Islamist forces in Syria, are filming video guides, which are meant for Ukrainians, the British newspaper Times reported on Monday.

The first of a planned series of videos, which the Times said will be translated into Ukrainian, showed two men explaining how to search for people under debris, identify unexploded ordnance and use first aid on injured people.

There is an overarching goal of teaching people in Kiev that “properly documenting rescue operations can help to provide credible evidence of atrocities,” according to Times. The group advised filming the action with GoPro cameras for later use.

White Helmets was created in 2014 and claims to be a civilian rescue force helping civilians injured by the Syrian government. It received funding from Western governments and was praised by Western media as brave heroes of the protracted war in Syria.

Critics, including Russia, call them a propaganda outfit that work hand-in-glove with the rebel groups that control the territories, in which the White Helmets operate. On several occasions, members of the group were filmed participating in apparent executions by jihadists.

In some cases, Western media outlets confirmed the allegations to be true. For example, France 24 authenticated footage showing the White Helmets taking part in an execution in Haritan, a suburb of Aleppo, which was carried out in 2015 by the terrorist group Al Nusra Front. The group distanced itself from the incident, saying their goal was “to go pick up the body” and that its people arrived before the killing took place. 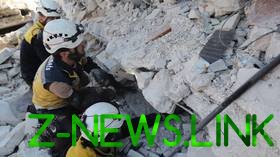 According to the Times, the first video guide for Ukrainians was filmed in Ariha, a city in the Idlib province. It’s the last major stronghold of anti-government forces in Syria, in which radical Islamists have a dominating position.

The Syrian province borders Turkey, a NATO member which threatened to use its armed forces in defense of the rebels, claiming that it was necessary to prevent a new surge of refugees fleeing to Turkish territory. Russia, which aided Damascus in its fight against jihadists, helped it establish an arrangement with Ankara that limits cross-border hostilities.

The Ukrainian government accused Russia of an attempted genocide of the Ukrainian people after claiming it found evidence of war crimes committed by Russian troops near Kiev. Some towns close to the Ukrainian capital were held by Russian forces, but switched hands after Moscow pulled back its troops in the wake of diplomatic progress made during Turkey-hosted peace talks in early April.

Moscow rejected Ukrainian allegations and claimed the evidence was misinterpreted or fabricated, likely to derail the peace process. Kiev said it expected to find more evidence of Russian war crimes. Moscow said that apparently more staged scenes falsely purporting to show Russian wrongdoing in Ukraine were being prepared by the Ukrainian side.

Many Western nations took Kiev’s allegations against Russia on face value without any neutral investigation on the ground.