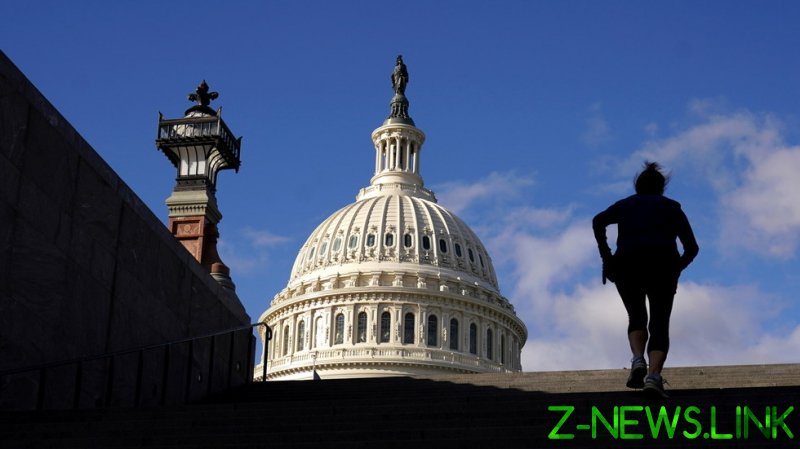 The 5,593-page legislation bundled the coronavirus “stimulus” with general 2021 spending. It faced heavy criticism from across the US political spectrum last week, for funding all sorts of pet projects while giving Americans only a $600 individual payment. That’s half of what they got in April, and the only direct assistance to mitigate the economic damage of state-imposed lockdowns.

A million times that much was earmarked for US propaganda and diplomatic efforts aimed against Beijing and Moscow, however. According to Congress, “not less than $290 million” is to be made available for the “Countering Russian Influence Fund.” The funds shall be used to, among other things, “support democracy programs in the Russian Federation and other countries in Europe, Eurasia, and Central Asia.”

One activity specifically listed is the promotion of “internet freedom” – coming from a country where Silicon Valley companies ruthlessly censor what one can think and say online.

No less than $20 million will go “to strengthen democracy and civil society in Central Europe,” including “transparency, independent media, rule of law, minority rights, and programs to combat anti-Semitism.”

Another $300 million was earmarked for the “Countering Chinese Influence Fund” to be used against the “malign influence of the Government of the People’s Republic of China and the Chinese Communist Party and entities acting on their behalf globally.”

Secretary of State Mike Pompeo may well have written those provisions himself. In a major speech in July, he denounced Beijing as a threat to “our people and our prosperity” and called for a generational struggle against the CCP. Just a week before Congress voted on the bill, he also claimed Russian President Vladimir Putin was “a real risk to those of us who love freedom.”

“We have lots of folks that want to undermine our way of life, our republic, our basic democratic principles. Russia is certainly on that list,” Pompeo told Fox News host Mark Levin on December 18.

Trump had initially refused to sign the bill, demanding that Congress cut back on the programs called out by critics and increase the individual payment to $2,000 per person. He then signed it on Sunday, saying he expected Congress to approve the increase as well as respond to several other priorities he raised.

Democrats have already said they will reject any cuts to the omnibus, however, while there is no indication the Republican-led Senate will actually do anything Trump asked.