Home / WORLD / Whether or not the US leaves Afghanistan, the Taliban will stand triumphant and the violence won’t stop

Whether or not the US leaves Afghanistan, the Taliban will stand triumphant and the violence won’t stop 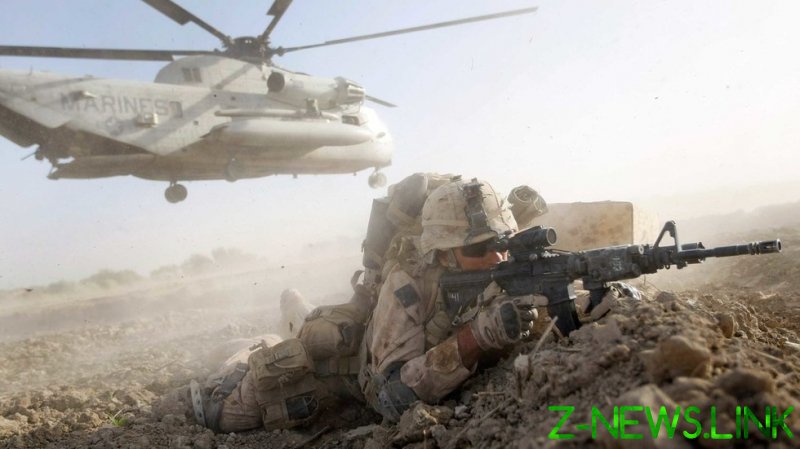 Last year, the United States initiated a historic deal with Afghanistan’s militant Islamist group, the Taliban. The agreement seemed quite straightforward: if the Taliban refrained from attacking NATO coalition soldiers and brokered peace with the Afghan government (which was not party to the talks), then America would fulfil a promise to withdraw its troops from the country by May 1.

It all seemed a bit idealistic, yet it was the outcome of what is a near two-decade-long slog through an unwinnable quagmire – the epitome, you might say, of the US’ perpetual-war machine.

Of course, the curious nature of the deal has meant Washington isn’t just packing up and exiting without any questions, and leaving the Afghan government to the mercy of the Taliban.

It is hardly surprising that a leaked letter by US Secretary of State Antony Blinken has appeared in the media, suggesting that the White House is scrambling to broker some kind of peace between the Taliban and Kabul. Simply put, it’s a bid to not make America’s withdrawal look like a major embarrassment when the Islamist group inevitably starts overrunning the entire country in what Blinken dubbed a “spring offensive”. It’s as if the US wants to turn its back on the conflict, but can’t do so.

The endgame of the Afghanistan war poses no easy options for Joe Biden. If it wasn’t clear already, it’s now completely unwinnable. While the peace deal was a typically Trumpian thing to do, the very consideration of even negotiating and brokering a deal with the Taliban is testimony to the fact it has already won here, having stayed the course on a 20-year-long war of attrition.

Now, the US is out of options to try to beat it, and is looking for an idealistic way to create a peaceful co-existence between the group and the government, allowing Washington to leave and save face.

The Taliban has reasons to agree to this, but not to keep it. And this leaves two potential outcomes: either Biden U-turns and the peace deal with the Taliban breaks down and the war continues, or little progress is made in Taliban-Afghan talks and the clock simply runs down, and again the war continues.

There are no reasons for the Taliban to be acclaimed in the West. It is a fundamentalist militant group widely associated in people’s minds with the legacy of 9/11, support for Osama Bin Laden and backwardness on women’s rights. Yet the unpleasantness of this organisation on individual issues overlooks the more nuanced reality that its behaviour is a reaction to decades of American meddling in Afghanistan, and its tragic history as a US-Soviet chess piece. No consideration is ever given to the fact that Washington encouraged fundamentalist Islam in Afghanistan as a reactive anti-communist force. It was simply not anticipated how this would one day backfire.

And this is why, after 20 years of insurgency, the Taliban has never given up or lost its resolve to fight. Irrespective of ideas, the Taliban fighters’ goal is simple: they want their country back and are able to tap into the utter depravity of conditions in Afghanistan, including poverty, desperation and disillusionment, to foster an organic sentiment that keeps propelling them back, no matter how many times they are bombed.

One of the most devastating realities of the Taliban, with which America is now coming to terms, is that, owing to Kabul’s fragile political structures, the organisation has some legitimate grassroots support and cannot be removed by military conquest. Even if the ideologies are different, it’s very much the same scenario as in Vietnam. This is not an ‘evil bogeyman’ attempting to impose its will on the majority; it’s a reaction by significant portions of the country against foreign occupation.

Therefore, Washington has few options but to leave. Yet how does it do so without suffering embarrassment or provoking neo-Conservative fury that Afghanistan is being left to the mercy of the Taliban? And therein lies the effort to try to secure peace.

This latest initiative aims to peacefully incorporate the Taliban within Afghanistan’s own democratic structures and to encourage it to win influence from votes rather than via violence. But this endeavour is more about stopping America from looking bad, even if it is in good faith, than delivering a realistic outcome.

And the question has to be asked: how do you co-exist with the Taliban? How do you make a militant Islamist group a part of your democracy, when that democratic system hasn’t delivered results for ordinary people as it is? Are we contemplating two options here, whereby the Taliban take over via democratic means or military force? Because, either way, the outcome is the same.

Of course, that doesn’t mean the Taliban might not agree to such a deal. It’s absolutely in its interests to do so, because it means the Americans will certainly leave. But will the deal stand the test of time? Not a chance.

On the other hand, if Biden decides not to leave, then we’ll see more of the same, meaning American blood and effort continue to be spent in this unwinnable conflict. After all, how can you possibly win a war the Taliban has already won? Victory is in its grasp – it’s simply a choice between it conquering Afghanistan by force or the government having to co-exist with it.

There are no favourable outcomes, and this largely fallacious peace deal simply means defeat with dignity, or defeat with embarrassment on the behest of the US. Which will it be? Donald Trump might have been wrong about many, many things during his presidency, but he was absolutely on the money about Afghanistan.