Home / business / Where the money goes, in what city?

Where the money goes, in what city? 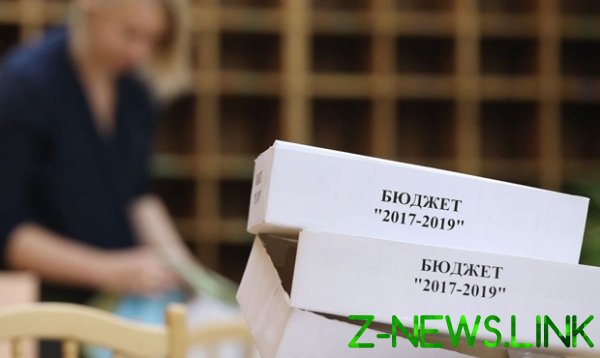 In Russia there are three subjects which for the last two years received from the Federal budget billions of dollars in targeted subsidies. Aid to Chechnya, Crimea and Sevastopol registered in the state estimates of individual items.

Journalists “the New newspaper” to analyze how and where the city-hero spends a lot of money.

Unlike most Russian regions, which subsidies are allocated from the budget “to align the security budget,” Sevastopol receives money for the “budget balance”.

Amounts are not intended for some target projects, and the leadership of the city-hero can spend them as it sees fit. Last year, spectorate for Sevastopol amounted to 5.17 billion RUB., that 5.4 billion.

In addition, the Federal city receives other grants income, including the Federal target program of development of Crimea, in which over 5 years in Sevastopol was sent to more than 75 billion rubles from the budget. The city’s economy is more than half dependent on Federal funds.

That Sevastopol should be economically independent, local politicians said after the referendum. In particular, it urged the Chairman of the legislative Assembly of Sevastopol Alexey Chaly. Then he quarreled with the Governor of Sevastopol Sergey Menyailo, and both left the office.

Political conflicts in the city did not abate. It got to the point that at the end of last year, the deputies almost failed the approval of the new budget. On economic development of Sevastopol, in such circumstances, can not speak, the dynamics of the show only costs.

To cover the expenses you will have due to the state budget, as the economic status of Sevastopol leaves much to be desired: “the climate here is negative, budgetanalysis enterprises close to bankruptcy, small and medium business in decline, Federal subsidies or billions of dollars “lost” in the banks which is exhausted or spent inappropriately, or get questionable firms” conclude that the journalists of “Novaya Gazeta”.

See also:  In the pseudo-republics of Donbass continues, "mobilization"

Currently the most expensive project of Sevastopol, which intend to implement using Federal money, is the construction of sewage treatment plant “South”. This object should help to solve the problem with the pollution of the Black sea human waste: each year in the waters dropped 25 million cubic meters of sewage.

Note the question! Why billions of funds the company has entrusted not to the Federal Treasury initially assumed contract, and the Bank, which has resorted to the use of “risky business models”, for which he was stripped of his license. We will remind, the CBR took the “OFK” the right to conduct monetary transactions for the financing of interconnected enterprises of the alcohol industry.

According to General Director of “Biotechprogress” Denis Petrov, the contractor is not related to the formation and change of conditions of the contract. According to three sources, “Novaya Gazeta”, the Sevastopol government, that the city authorities insisted on the change of the Federal Treasury in St. Petersburg “OFC”. As said one of the interlocutors, this initiative came from Deputy Governor Mikhail Demidenko, head of gordepartament construction. There is another interesting moment earlier Demidenko was the head of the building Committee in St. Petersburg.

The Deputy Governor, in turn, assures that no relation to the choice of the Bank had not. The government of Sevastopol said that the change of the Treasury to “OFK” the violation of the law did not happen, but to clarify the name of the initiator of the replacement did not.

It turns out that the commissioning of treatment facilities in time remains in question. “Biotechprogress” ready to finish the object, say in the government of Sevastopol, but behind schedule — there. During the first two quarters of 2018, the contractor has performed only 10% of the planned amount.

See also:  In Kiev, a man for refusing to lend money received 40 blows by a knife

It is worth noting that the incident with the “South” when the fate of the money from the state Treasury is in questionable hands, Sevastopol is not unique. For example, at the end of last year, OOO “glassok Krym” has received more than a billion in Federal money for the reconstruction of Victory Park. Some time later it became known that the General Director of firm Alexander Pozharsky is suspected of evasion from payment of 105 million rubles. taxes. The best for 6 years to sit in prison, respectively, account of the “Glassock of Crimea” frozen, the investigation continues, and work in Victory Park have been suspended.