When waiting for the fall of the ruble and income 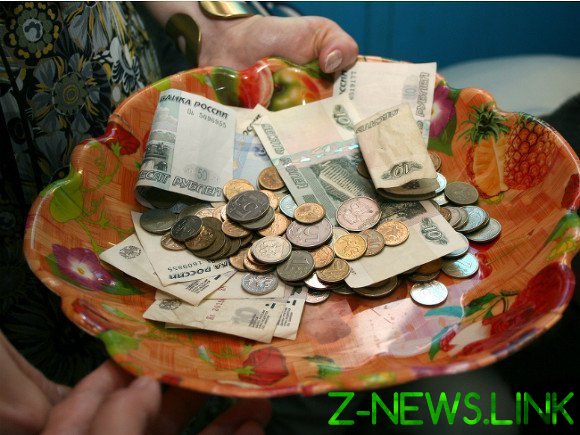 Cheaper oil, and the Russians should know at what price they will have really bad.

The price of a barrel of Urals was below $50, and the dollar rises to 70 rubles. What do you think?

Not all people think in the state, tossing and turning at night, and anxiously asking yourself: “what is now our national projects? To fulfill Putin’s plan for growth?” The bulk of the citizens are configured purely prosaic and looking at all this afterblow panic exclusively under the angle of their personal interests. So we will be selfish pragmatists. A romance will provide statisticians, PR specialists and speechwriters. Without them, and our calculations well.

So, oil goes down. The immediate reason is the disagreement of the Russian authorities to join opakowan in production cuts. In the short term this might be so. But in the longer term income countries oil traders do not depend on the collusion between them, and from global demand for their product. Epidemic COVID-19 along with several other circumstances this demand has been dropped. When he ceases to decline, how quickly they go up, nobody knows and can not know.

The ordinary Russian citizen is not affected, but he is quite able to estimate their losses.

How many citizens regularly honest exchange their rubles for dollars and euros — for example, to go abroad. Feel bad for them. However, most has no money for it. However, our falling currency hits him twice: the higher prices of imported goods in rouble prices and the General acceleration of inflation.

To what extent to wait for both?

Federal budget-2020 typeset on the basis of the dollar exchange rate of 65 rubles and the price of a barrel of Urals at about $58 (3,7—3,8 thousand rbl.) But as the budget runs a surplus, i.e. a stock, expenses and income it can be reduced to approximately $52.

But if, as now, oil is sold even cheaper, the Russian currency, it is desirable to cheaper to keep mentioned the ruble cost of a barrel. So while the depreciation of the ruble we are seeing now. This, of course, purely approximate reasoning, do not pretend to high accuracy. However, predictions on financial topics perfect just crooks.

Now look at the same thing on the other side — through the eyes of the Central Bank, whose experts are considered the best in Russia, the drafters of the forecasts. Coronavirus, of course, they did not foresee, but the decline of netizen tied not only to him. In the baseline scenario of the Central Bank on 2020 this decline was laid, assuming that the average annual price of barrel Urals will drop to $55 versus $64 in 2019. the price considered reasonable, and overall financial gain of the country (export-import balance on goods and services, capital movements, etc.) expected in this case at the level of fifty billion dollars. Worse than in 2019 (when it was about $70 billion), but enough to avoid a surge in inflation, maintain stability of the ruble and gradually increase international reserves.

Why wait, if the average price of a barrel drops below the plan? Well, at least until the current pyatidesyatimetrovoy level?

This means that oil will fall in price against last year at $14 (pulling down and other energy sources). In 2019 the barrel of Urals cost $6 less than in 2018 (down from $70 to $64), and the Russian export of goods fell from the $25 billion Pyatidesyatimetrovy oil means (in first approximation, of course) that the export, and with him the entire cash balance of Russia will be even worse than in 2019, somewhere in the $60 billion That is the balance closer to zero. To increase reserves it will not work, but may have to spend the accumulated reserves will not have to. Import of goods and services is automatically reduced when the devaluation of the ruble, which easily brings the balance sheets at the expense of ordinary citizens. But in this situation there seems to be more needs even in a severe devaluation of the ruble.

Both used the approach minfinovsky and PRB, are led to the conclusion that relatively safe for the citizens of netizen — not less than $50 per barrel. Up to this line inflation and other losses of ordinary people is relatively small.

But if oil will it stay below this level, the damage will be serious, and devaluation visible to everyone. In 2016 the average price of a barrel of Urals was the lowest in ten years — $42. In the first months of this year, the official dollar exchange rate fluctuated around 80 rubles. He went down only when it became clear that oil steadily more expensive.

If we take the budgeted 2020, the ruble cost of a barrel for a constant, when approaching the oil prices to $40, the dollar should jump right up to 90 rubles.

Don’t want to scare. The authorities have the tools to mitigate people’s difficulties. In the reserves today of $556 billion, Half of this amount is available for spending. While a fair share of state spending — for example, most of the national projects — absolutely absurd and she is asking for a reduction. Even at thirty-sorokulova oil it would be quite possible to do without a sharp drop in living standards.

But if those authorities with whom we have dealt so far, then any unexpected decline in oil revenues they will try to respond in kind, and in 2015 — 2016- tightening belts to ordinary people. Not to mention the other used then ways of squeezing money from citizens, only inflation during these two years, ate 19% of incomes of Russians. Doubt only the second time such events will be accepted with the same humility as the first.