When the Kremlin banned Czech beer? 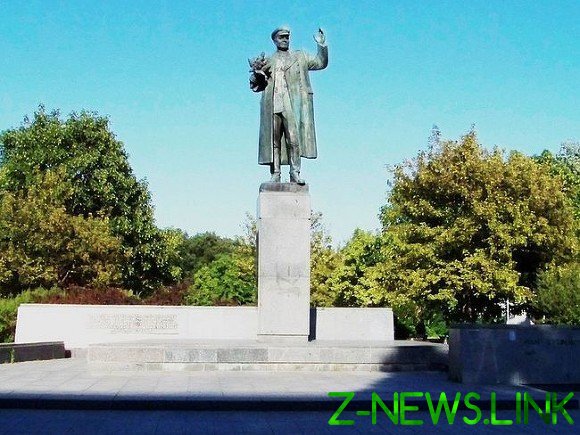 Last year Moscow finally lost the ability to work with diplomacy and “soft power”, which clearly shows her quarrel with Prague.

In 2020, Russia and the Czech Republic are guaranteed to continue to make trouble due to the difference in views on the history of the XX century. Although some people say that the XXI century really began with the annexation of Crimea to Russia, which radically changed the situation on the European continent, the Russian leadership took a decision on the future of the Peninsula itself continues to live mentally in the twentieth century.

This is best demonstrated by the statement of Vladimir Putin during his December “big press conference”. It turned out that the Russian President is interested in developments 30-40-ies of XX century almost more than the present, and even going to write an article about the pre-war situation in Europe.

Against this background it is not surprising that for the Kremlin the main event in 2020 will be celebrating the 75th anniversary of the Soviet victory in the great Patriotic war. Where the present real life to compete with the heroic past. Accordingly, topics related to the events of the war years, unable to determine the nature of Russian foreign policy in the twenty-first century. It happened in relations with the Czech Republic.

The main reason for the bilateral conflict (fortunately, only diplomatic) have become monuments. In 2019, the municipality of the district Prague 6 adopted the decision on transfer of the monument to Marshal Konev, who commanded the Soviet army group that liberated in may 1945, the Czech capital. This monument was a part of the fawning of the authorities in socialist Czechoslovakia and installed only in 1980, 35 years after the victory over Nazi Germany.

In recent years, he several times became the victim of vandals, but every time the authorities put things in order. However, the municipality has carried out the reconstruction, which was replaced by the commemorative plaque on which the information appeared that the heroic Marshal also, for example, commanded the suppression of the Hungarian uprising of 1956. This, of course, caused indignant reaction from the Russian side.

This would be all over if after Konev in 2019 once again doused with pink paint, in the municipality of Prague 6 not talking about the possibility of dismantling of this monument.

Discussion in the Czech capital was heavy, a large part of the municipal Council were inclined to leave the monument alone. Do not touch Konev offered the Czech government and President Milos Zeman. But then intervened in the case, Russian officials, headed by Minister of culture Vladimir Medinsky. This former PR man for its ultimate requirements instantly added arguments to supporters of the dismantling. In the end, it was decided to replace Konev on a generalized monument to commemorate the liberation of Prague, and the present monument somewhere to move. Neither the place of migration, the layout of the new monument has not yet been determined, so for an indefinite period, everything remains as it was — Marshal Konev towering over the Prague area of the international Brigades.

It was another moment when the scandal could fade away by itself. But this time the flames were fanned with the Czech side. The mayor of the Prague district of Reporyje Pavel Novotny announced the intention to open the memorial plaque (and maybe a monument) fighters of the so-called “Russian liberation army” of General Vlasov, which in the USSR was recognized by the army of traitors. In Prague, however, some units of the “Vlasov” assisted anti-Nazi revolt. In the end, according to many historians, the troops under the command of Konev entered in the liberated city.

“I know all about “Vlasov” and the attitude, but for the district of Reporyje they were in those days of may 1945, as the defenders,” explained his position Nowotny correspondent “of Rosbalt”.

This initiative has caused in Moscow that is now preparing to celebrate the 75th anniversary of the victory over Nazi Germany, a storm of indignation. First, there is generally confused monuments Vlasov and Konev, and the Prague district Prague 6 and the city’s outskirts Reporyje. Then a former journalist and experienced information “Troll” Pavel Novotny in a few days became a favorite main character of the Russian propaganda TV show, even live (more on this “Rosbalt” wrote here). A note of protest were not only the Russian Embassy in the Czech Republic, but the Russian foreign Ministry.

In the Czech Wikipedia, there were even half-joking page “Rupiya war” about the conflict Reporyje with the Russian Federation, followed by collage, which flying in the sky truck Pavel Novotny attacks on the Russian su-57 (later, the illustration from the page disappeared, but remained in the history of the edits).

What’s the bottom line? Municipality of the district of Reporyje decided not to succumb to external pressure and, although there is strong opposition to the mayor Novotny, decided in may 2020 to establish a monument to the “Vlasov”. The Russian government was offended even more. After brief reflection, the information Department of the foreign Ministry have tried harder to hurt the Czechs, but for a different topic. In official comments, there condemned the adoption of the Czech law recognizing 21 August as “Day of remembrance of the victims of the invasion and subsequent occupation (Czechoslovakia) troops of the Warsaw Pact in 1968.” (Read more about the attitude to the events of 1968 “Rosbalt” wrote here).

The Russian authorities, who attach particular importance to the victory of the Soviet Union 75 years ago, recommended to the Czechs and forget events that happened just over 50 years ago. Which, naturally, irritated already at the official Prague, including even the most senior of the Russophile Czech President Milos Zeman.

Next year better obviously will not. Reporyje will put a monument to the “Vlasov”, Prague-6, it is possible to move the monument to Marshal Konev, but the Czech Republic as a whole for the first time will officially remember the victims of the events of 1968.

Moscow, plunged headlong into the celebration of the anniversary of Victory, in turn, will require the Czechs to accept the Russian interpretation of history. Of course, in an increasingly sharp forms, causing not only a new diplomatic conflicts, but, perhaps, the emergence of new reasons to “be offended”.

It may well be that Russian leaders, burning with righteous anger, blocks to another the Czech delegation of businessmen the opportunity to invest in the Russian economy, as it was in 2019 amid a scandal with monuments in Reporyje. Or suddenly have a problem with flights to Prague, as it did the year before. Or, say, in Russia banned Czech beer is harmful to the health of Russians drink.

Actually, not even so important that it will come up with the Russian authorities to punish “rebellious Czechs”. The most important thing to work through diplomacy and the proverbial “soft power”, the Kremlin seems to have completely forgotten how. At least that’s how it looks on the example of “dialogue” with the Czech Republic.