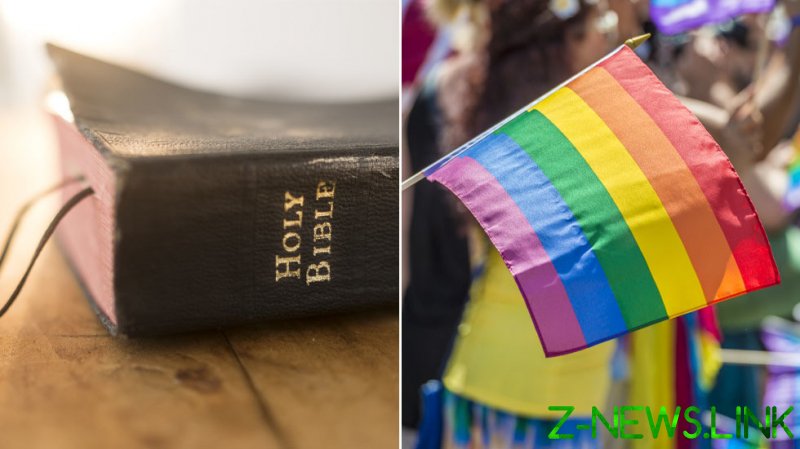 Negotiating life in modern woke culture requires real dexterity. Sometimes a person slips up, finding it impossible to hold their tongue about how they really feel and then discovering that, in blurting out beliefs considered ‘not quite right,’ they have unleashed a maelstrom.

Beware! If the woke police catch you, there is absolutely no defence and you will be savaged by the snapping packs of vengeful liberals who know no mercy. Even Christian beliefs are now taken to task when they come up against the might of the woke agenda.

A case that had seemed resolved over a Belfast bakery’s refusal to decororate a cake with a message to promote same-sex marriage is now in the European Court of Human Rights. That’s despite the fact the UK Supreme Court decided the bakers were entitled to refuse the business on the grounds of objecting to the message, which conflicted with their Christian beliefs, and it had nothing to do with the homophobia that gender activists claimed was at the centre of the argument.

While that case bakes in the judicial oven, we now have secondary school assistant Kristie Higgs, sacked for the modern-day ‘crime’ of questioning the teaching of an LGBTQ+ agenda to her two sons at school.

After urging her 100 Facebook friends to sign a petition on gender issues and sharing an American academic’s article on LGBT indoctrination with them as well, Higgs discovered that an anonymous woke coward had tipped off her employer. She was hauled up before a disciplinary hearing and promptly sacked for gross misconduct, two years ago.

Higgs is now suing over that decision and, in a very subtle way, is being portrayed as some backwards, God-bothering oddball rather than the white, married mother-of-two with a typical Christian outlook and the simple, inoffensive belief that “God does not make mistakes.”

Okay, she may be a little more firm in her conviction than many self-proclaimed Christian folk, but that does not mean she should be denied her voice or that it is any less valid than opposing views.

When asking a child what they learnt at school, many parents of primary school children – of which I am one –  will at some point be met with a response along the lines of, “We were looking at the ‘No Outsiders’ book and learning how it’s okay to be a lesbian.”

As a parent, it takes the iron will and mind-control abilities of a Jedi master not to roll your eyes. You can feel all six of the extraocular recti and oblique muscles strained to the point of tearing just to keep your eyeballs still. At such a young age, aren’t there other priorities?

While this sort of lesson is nothing new, it’s hard to remember how it crept into the classroom as everyday teaching. You also can’t help wondering if being out there for constant discussion makes anything better or our children more tolerant.

One thing that is a bit more certain is that if the liberals, the gender police and the woke militia find out that you disagree with them, then your card will be marked. You become an anachronism, out of touch, not quite there, certainly not on message. A social pariah.

This casual social exclusion happens, unremarked upon, every single day. But to admit your views is to invite further argument and chastisement, so it’s easier just to acknowledge there are some who do not share your views and just get on with life.

It is what happened to Kristie Higgs in the Gloucestershire town in which she lives, but rather than let it lie, she felt aggrieved enough to sue her former employer over its reaction.

The judge hearing Ms Higgs’ case needs to tread very carefully in this politically correct minefield, unpicking the argument and deciding whether or not the claimant’s religion was cause for her sacking or if it was down to the school’s pedestrian excuse that her posts on Facebook were in opposition to its stated aims “to respect and tolerate the views of others and to role model such behaviour.”

Apart from showing a very poor grasp of grammar for an educational institution, that is exactly the kind of run-of-the-mill defence used everywhere to explain away the actions of self-righteous virtue signallers.

It means nothing at all, of course, and is simply egregious hypocrisy. While the school employer insists that Ms Higgs “respect and tolerate the views of others”, there is no quid pro quo.

But the message is clear. Christians are fair game in this world of “watch what you say,” even if it’s a strongly held view borne of a deeply ingrained belief in the teachings of the Bible, which have been part of western culture for a lot longer than the indulgent ideas surrounding gender fluidity. Peril lies ahead when you try to share those beliefs with others.

Ms Higgs is unequivocal in her belief. “I believe that God created mankind as ‘male and female’ and what he has created is good. He does not make mistakes,” she said. The Belfast bakers would most likely agree.

But the error that the former school assistant made was that she proclaimed her beliefs on Facebook, alongside the outpourings of the other 1.69 billion people who hold accounts with the social media giant. And one person there, who disagreed with her, decided to act and make her pay with her job by notifying her school employer.

The school encouraged the complainant to unearth further posts from Ms Higgs to strengthen its case against her and that person duly complied. It was an unnecessary and disgraceful woke-inspired witch hunt against a Christian mother, worried about her sons.

Freedom of speech or thought be damned. This is how things are, and it’s mightily depressing.