Home / WORLD / When mob rule dictates that we must all cheer a male homecoming queen, it’s clear that society is close to collapse

When mob rule dictates that we must all cheer a male homecoming queen, it’s clear that society is close to collapse 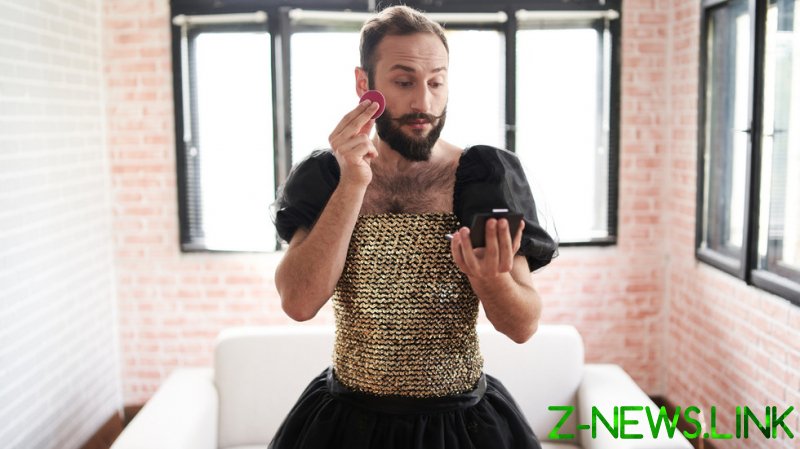 Zachary Willmore of Rock Bridge High School in Columbia, Missouri hit the headlines last week by becoming the first male student to be crowed homecoming queen during a homecoming game.

In a video shared widely on Twitter, the crowd appears to cheer wildly as the young gentleman receives his tiara while dressed in a “beautiful gold gown and homecoming sash” on the busy football field.

While it’s possible the volume of the cheering is from genuine exultation, we might assume that a healthy percentage is borne from a ‘fearful compliance’. While it is all very well that a man should put on a dress and reverse the notion of a ‘homecoming queen’ (as a badge of progressivism) one might still ask, in the most hidden corners of the consciousness, to what end?

While this is not written in any way as an attack on Mr. Willmore, there is a greater cultural phenomenon at work of which he is undoubtedly taking advantage. You can make the case that it is nothing more than a superficial act of kindness to give a young man this bizarre accolade, without any wider ramifications, but we all know that isn’t true.

Nothing exists in a vacuum. Is it fair to the female homecoming queen hopefuls? Is it fair to the football team whose game is now overshadowed by social justice politics? Is it fair to the crowd, who find themselves in a public situation of forced moral conformity (obedience)? There are still many people who don’t see gender norms as a disposable nuisance, who realise their essentiality.

These purposeless showboating acts often get shoehorned unexpectedly into public events of which they play no real part. They are manufactured detraction from an actual occasion (in Willmore’s case, a football game) – a chance for the needy to garner attention.

I am recalled once more of the wedding I attended where the bride’s lesbian sister – a bridesmaid – spent the greater part of her speech not talking about the bride, but about her own struggles to be accepted as gay, culminating in crying about herself.

Despite the narcissism, the LGBTQ+ context forces a ‘standing ovation’ of applause, as the crowd senses the Pavlovian trigger-sentiment for ‘disadvantaged heroism’. Everyone nervously clapping as long and hard as they can, eyes darting from the corner of faces – frozen in false smiles – trying to detect any lack of enthusiasm from anyone else. Inwardly thinking: Am I going mad?

For it does not merely signify a harmless act of personal expression, or a crowd’s meaningless politeness towards a touched exhibitionist. Its darker side represents a staged mockery of culture and society itself, down to the very core. Men are now winning beauty pageants and contests designed to exhibit and reward the most eligible female. The purpose of these contests, in traditional society, was to publicly exemplify those characteristics considered most wholly admirable in femininity, with the values of future motherhood held most sacrosanct. It goes without saying that motherhood is not on the agenda for this year’s homecoming queen.

Now motherhood is not a frivolous or disposable trait of femininity. And it is not the superficial label of ‘homecoming queen’ which is the vital aspect of its essence, as though in every other sense it is interchangeable. In these acts of attribute swapping, its meaning becomes changed and lost. This is not recognisable to a shallow person who just sees a status label. A label which they can apply to anything, for reasons of ‘equity’. For as they do so, its meaning and purpose are gone.

People at large, ‘the mob’ if you will, are simple creatures in many ways, especially when they are brought together as a group. They begin to think as a group. There are simple cultural triggers which signify to them when to think something is ‘good’ and something is ‘bad’. Always it is dualistically, without nuance. This is the danger of the mob.

Because these social justice acts are veiled in victimhood, the potential danger behind them, and the values they represent, is often hidden. Recently, a father whose daughter was sexually assaulted at school by a transgender student found himself roughly arrested while protesting at the school board. They could not decide who was ‘good’ or ‘bad’ in that case, as surely the transgender student was ‘the victim’? So, it may be that you can fool the mob into following your moral edicts, but the true nuances of right and wrong are lost, and especially so when the new moral right is ill-considered, or requires expensive mental gymnastics to ignore its hypocrisy. Great evil occurs when unthinking crowd conformity cannot break free from a dualistic rut.

Those who know better, although they may still clap nervously as a man is crowned homecoming queen, know inside that it is nothing less than a sign of dystopian social collapse. They can sense behind the childish, fluffy act that a pall of doom is lowering on the near horizon, like a red sun at dusk. Inside, a gnawing instinct tells them that there is no society without gender roles, that traditional roles are organically evolved and not a ‘construct’, and that we need them.

The petty reversal of gender and the demonising of masculinity itself are treated as a kind of game by brainwashed and attention-seeking youth. And its prevalence and media support have made it a mob virtue – but they manage it clumsily, without nuance, indicating they don’t understand any of it. They merely obey. They obey from fear of the psychopathic status-seekers who will attack and chastise them.

For the majority in attendance at the football game or other public events, there is only the anxious necessity of ‘being seen clapping’. Clapping and smiling madly while feeling inside the slow-approaching end-game of a failing civilization.