Home / WORLD / When in Russia… Get yourself a dose of Sputnik V, Foreign Ministry tells US envoy who asked Santa for VACCINE

When in Russia… Get yourself a dose of Sputnik V, Foreign Ministry tells US envoy who asked Santa for VACCINE 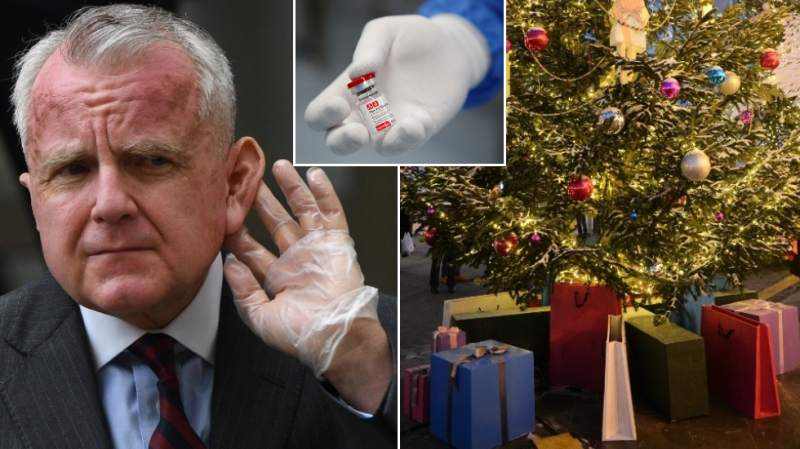 Earlier this week, Sullivan shared a photo on Facebook of his handwritten letter to Santa Claus. The ambassador insisted he had been “very nice” in 2020 and had followed all the coronavirus precautions. For his good behavior, he asked St Nick to bring him a new hockey stick and running shoes plus a coronavirus vaccine as presents.

It’s unclear whether Santa saw the letter, but it definitely caught the eye of the Russian Foreign Ministry. The diplomats took to Twitter, saying if Sullivan’s wishes somehow remained unfulfilled, they were eager to play the role of Grandfather Frost, Russia’s counterpart to Santa Claus.

They cheekily gave the US ambassador advice on ‘Made in Russia’ products that would meet his needs, and even included hyperlinks to the relevant pages online.

Speaking of the vaccine, the ministry argued Sputnik V was a perfect choice to realize Sullivan’s dream of protection against Covid-19, given the immunization program featuring the pioneering jab is already in full swing in Russia. On Saturday, the health authorities greenlighted the inoculation for people aged 60 and over – which, incidentally, is the age group the US envoy falls into. He turned 61 in November.

To aid in the envoy’s search for a perfect hockey stick, the diplomats recommended those made by Zaryad, in Russia’s Republic of Tatarstan – the brand of choice for President Vladimir Putin, a well-known hockey enthusiast.

As for the running shoes, the Foreign Ministry decided to redirect Sullivan to a specialist – the boss of Russia’s state-run sports channel Match TV, Tina Kandelaki. Apparently, they figured that Kandelaki, who previously presented sneakers to Moscow Mayor Sergey Sobyanin, would also have no problem finding something suitable for the ambassador.

A veteran Republican official and former lawyer, Sullivan got his Moscow job from US President Donald Trump around a year ago. Before that, he served as Deputy Secretary of State under Mike Pompeo.

Sullivan’s assignment to Russia got off to a rocky start in June, after the US embassy flew the rainbow pride flag alongside the Stars and Stripes as a show of support for the LGBTQ community. Moscow said the move was a provocation breaching both the diplomatic rules and the country’s laws.