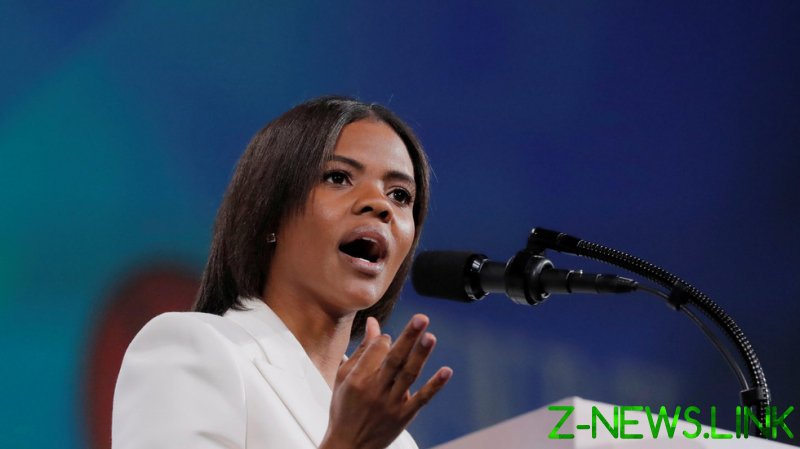 On an episode of her show ‘Candace’ earlier this week, Owens read out a list of some of the world’s strictest Covid-19 lockdown rules, which are currently in place in Australia, and called for a US intervention, comparing Prime Minister Scott Morrison’s government to a dictatorship.

Though she soon claimed that the question was asked “in jest,” Owens added that “Australia currently, make no mistake, is a tyrannical police state” and argued that its citizens – who are currently unable to leave the country without a government exemption – “are quite literally being imprisoned against their will.”

Owens went on to warn that the “tyranny” and “totalitarianism” of Australia’s Covid-19 policies are “the kind that gives birth to evil dictatorships and human atrocity,” and compared it to the “earlier missions of Joseph Stalin, Adolf Hitler, Fidel Castro, Hugo Chavez,” and the Taliban, concluding that they all “believe they have a right to oppress.”

Owens’ comments were mocked by some Australians, who told her to “worry about your own country” and argued that Australia’s authoritarian Covid-19 measures were justified as the country has had far fewer deaths than the US.

“The last thing we want in Australia is US style freedom. No thank you,” tweeted one person, while another joked, “This is the only war America could win anymore.”

Human Events senior editor and conservative commentator Jack Posobiec, however, argued that many Australians would “welcome us as liberators.”

Owens also shot back at critics, pointing out that her comments were partially in jest. However, she also concluded her response with the hashtag #FreeAustralia.

Owens is far from the first American conservative to propose a US intervention in Australia over the past few months.

In September, Ben Kew – an editor for the Florida-based conservative publication El American – wrote that Australia’s Morrison government “must be made to pay for such flagrant human rights violations” after several cases of police brutality against lockdown protesters went viral online.

“This once thriving liberal democracy now more closely resembles a tyrannical regime. Whether it be through sanctions, boycotts or mere diplomatic warnings, the world must act,” he declared.

The article received support from many conservatives online, including the group Republicans for National Renewal.

Florida Governor Ron DeSantis – who is seen by many as the leading Republican to run for president in 2024 should former President Donald Trump not enter the race – also condemned the Australian government’s measures in a speech last month, comparing the country to “communist China.”

“It’s not a free country at all. In fact, I wonder why we would still have the same diplomatic relations when they’re doing that,” DeSantis said, before Trump’s former foreign policy adviser George Papadopoulos called Australia a “warning” to the world.