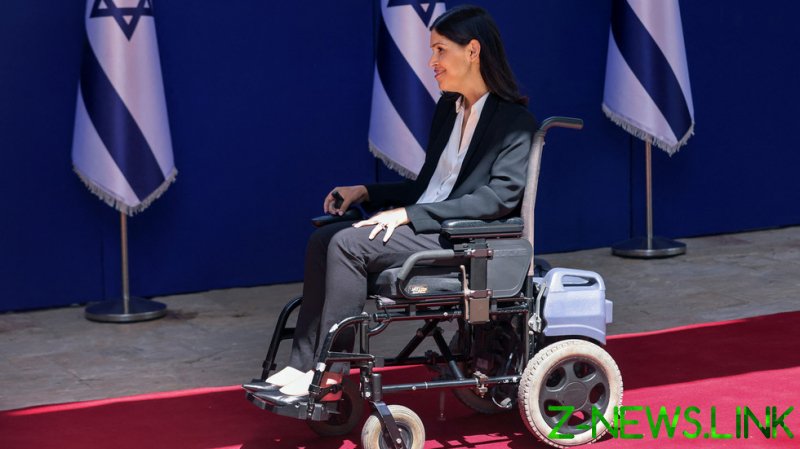 Karine Elharrar, who suffers from muscular dystrophy, said that she couldn’t even get to the conference venue in Scotland’s largest city because the transportation she had been offered wasn’t suited for her wheelchair.

“The only way they said I could come in was to walk on foot for almost a kilometer, or to board a shuttle which was not wheelchair accessible,” Elharrar told Israel’s Channel 12 news.

“I came with certain goals, and I couldn’t achieve them today,” she regretted, describing the whole situation as “scandalous.”

“The UN calls on everyone to adhere to the international treaty,” the minister said, apparently referring to the 2008 Convention on the Rights of Persons with Disabilities. “So it is appropriate for there to be accessibility at its events.”

Israeli foreign minister Yair Lapid also grilled the British organizers over the blunder, insisting that it was “impossible to worry about the future, the climate and about people if we do not first take care of human beings, accessibility and disabilities.”

The UK ambassador to Israel, Neil Wigan, took to Twitter to “apologize deeply and sincerely” to the minister. Britain was looking to make the climate summit “welcoming and inclusive to everyone,” he assured.

Israeli Prime Minister Naftali Bennett and his British counterpart Boris Johnson have already agreed to make sure that Elharrar would be joining their formal meeting on Tuesday, a member of the Israeli delegation told Ynet website.