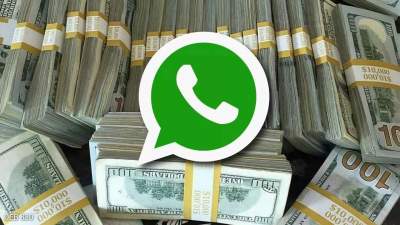 Many years ago the American Corporation Facebook became the owner of the WhatsApp messenger, and during this time she has greatly improved, though of course not without its negative innovations. So, every day in the software will be more advertising and now it can be found when you view the status of any user. To take such a step the company decided for the sake of additional income, because this software to communicate on a regular basis use more than 1.4 billion people from different countries, so the messenger can bring tens of billions of dollars annually.

However, the plans Facebook has been badly broken, and the culprit was pursued by the governments of the US and Europe. The fact that this company and all the services that belong to it, charged with illegal transfer of personal data of users to third parties, and disclosed they are in order to earn more money. In this regard, the American Corporation that owns services, Instagram, WhatsApp and Facebook, I decided to go on an unexpected step. She began to pay money for viewing advertising and giving information about yourself.

See also:  The most useful fruit for kidney health

Today, 5 may 2019, the authoritative publication The Wall Street Journal said that inside Facebook is now actively testing project called Project Libra, whose goal is to collect personal data of users and show them ads on legal grounds. In the framework of the project of the American Corporation pays money to those who use its services, and payments are made in a special proprietary cryptocurrency on excretion which on a global level, the company intends to spend about $ 1 billion, that is a huge amount of money.

Talks about the launch of this cryptocurrency is already underway with companies Visa, Mastercard and payment processor First Data, but we need it in the first place to ensure that all users of Facebook, Instagram, and Facebook received money for viewing ads project Project Libra. How many will be charged is unknown, but will pay for viewing ads, performing various purchases, participation in surveys, as well as for other actions, like transferring data about themselves into the hands of third parties willing to pay for such information, for example, to test some technology. All this will become reality for users in 2019.