Home / WORLD / Whatever the outcome of Ben Roberts-Smith’s defamation trial, it has proved Australia’s involvement in Afghanistan was a disaster

Whatever the outcome of Ben Roberts-Smith’s defamation trial, it has proved Australia’s involvement in Afghanistan was a disaster 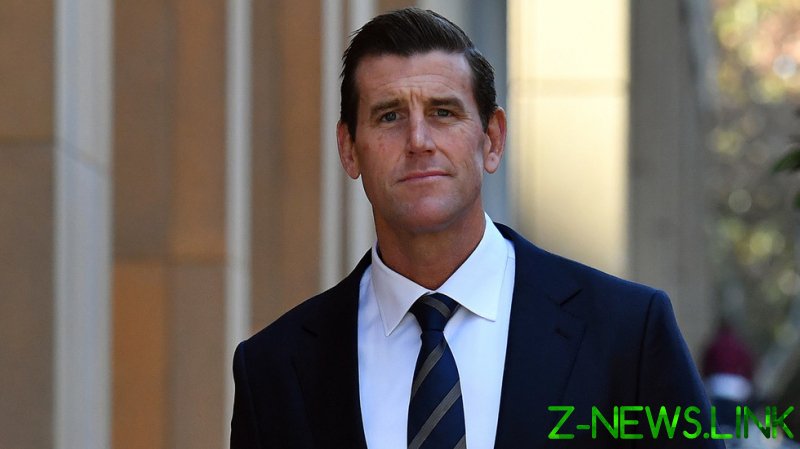 The sensational Ben Roberts-Smith defamation trial resumed in Sydney this week, after a month- long delay caused by a serious Covid-19 outbreak that forced the city, together with large parts of Australia, into lockdown.

During the break the last contingent of Australian troops was withdrawn from Afghanistan – thereby ending Australia’s misguided involvement in a war foolishly initiated by the United States of America two decades ago.

Predictably, most media organisations in Australia have criticised the troop withdrawal (which slavishly followed President Biden’s recent announcement that all American troops would be pulled out by the end of August) and the current resurgence of the Taliban – notwithstanding that America’s defeat and the re-emergence of the Taliban were inevitable.

In its own way, the Roberts-Smith trial has highlighted the pointlessness and horror of the West’s ill-fated military intrusion into Afghanistan.

The evidence given this week by three Afghan eyewitnesses will be crucial to the outcome of the case – the much-decorated war hero will find it difficult to win his action if the testimony of these witnesses is believed by the trial judge.

The three Afghan witnesses are testifying on behalf of the newspapers that alleged that Roberts-Smith had committed numerous atrocities while serving in Afghanistan.

The evidence of the witnesses this week – given via video link from Kabul – has been dramatic, detailed, and damning of Roberts-Smith and the Australian SAS soldiers who served with him in Afghanistan.

The first witness, Mohammed Hanifa Fatih, an Afghan farmer, told the court that he and his family had come under fire from Australian SAS troops when they invaded the small village of Darwan in September 2012. The soldiers were looking for a Taliban operative who had recently killed three Australian soldiers.

He said that he and his uncle, Ali Jan, were captured and handcuffed, and that a “big soldier” (Roberts-Smith is well over six feet tall, and has been described previously in evidence as “a tall imposing warrior like figure”) had punched and kicked them while interrogating them. “He then took out a pistol and put it to my throat” Hanifa said.

The “big soldier” then kicked his uncle over a cliff and Hanifa heard gunshots. Hanifa said that he later found his uncle’s body in a nearby orchard with gunshot wounds to the face and stomach.

Hanifa testified that he saw Australian soldiers plant a radio on his uncle’s body. “By God, he had nothing with him. He had no equipment with him… they put those things on him” he said.

Hanifa told the court that he and his uncle were definitely not members of the Taliban. “No, nothing like that,” he said.

The witness was cross-examined by Bruce McClintock SC, counsel for Roberts-Smith, who accused him of making up his evidence, alleging that his testimony was “completely untrue.” Hanifa strenuously denied this. “I am explaining what I saw with my own eyes,” he told McClintock.

He admitted that he regarded Australian soldiers as “infidels” and that he “disliked” them – understandably, perhaps, if his evidence is to be believed.

He also admitted that the newspaper defendants had paid his rent and bought food for him and his family but denied that he was seeking compensation from the Afghan government.

Hanifa dramatically ended his appearance by saying “I am not afraid of anything, even if I die I will tell the truth.”

The second witness, Man Gul, another Afghan farmer, also gave evidence about what occurred during the Darwan village raid.

He told the court that he was detained by Australian troops when they entered the village, was hit with a pistol while he was being interrogated and assaulted by “the big soldier.”

Gul testified that he saw Hanifa and Ali Jan being taken away by soldiers and then heard gunshots. He said that Ali Jan was definitely not a member of the Taliban.

After the soldiers had left, he said he saw Ali Jan’s body, which had gunshot wounds to the head and stomach. Shown a photograph of a body, he identified it as Ali Jan.

He also testified that Ali Jan was not carrying a radio on the day in question.

Gul told the court that he believed that Australian soldiers had “killed innocent people and martyred them all.”

Under cross-examination, Gul agreed that he “hated” Australian soldiers and regarded them as “infidels” – again, understandably perhaps in the circumstances. He denied making a claim for compensation in respect of the Darwan raid.

The third witness, Shahzad Aka, another Darwan farmer, told the court that he was in the village when Australian SAS troops arrived by helicopter in September 2012.

He testified that Hanifa and Ali Jan were handcuffed by the soldiers, and that he saw “the big soldier” kick Ali Jan into a riverbed. He then heard gunshots.

After the Australian troops departed, he said he saw Ali Jan’s body in a cornfield and that he had been shot in the jaw, chest and arm. “Soldiers came and they got him martyred” he said. Aka was shown a photograph of a body and identified it as that of Ali Jan.

Like the other two witnesses, Aka denied making up his evidence.

Roberts-Smith has already given evidence denying that he committed any atrocities in Afghanistan, and that he was not directly involved in the killing of Ali Jan at Darwan. He testified that the person killed was not Ali Jan, but rather a Taliban “spotter” in possession of a radio.

It is all very well for Roberts-Smith’s lawyers to claim that the three Afghan witnesses who testified this week fabricated their evidence – but these witnesses would seem to have no compelling reason for lying. After all, they owe nothing to the newspapers that Roberts-Smith is suing.

In fact, the evidence given by each of the witnesses was perfectly consistent and quite believable, and they all withstood rigorous cross-examination well.

When the trial resumes, the defendants will lead evidence from 23 Australian soldiers who served in Afghanistan, who are expected to confirm the accounts of the Darwan atrocity given by the three Afghan witnesses this week, as well as giving evidence about other incidents involving Roberts-Smith.

If even some of these soldiers are believed, Roberts-Smith will find himself in serious difficulty.

Because of the continuing Covid-19 lockdown in Sydney the trial is likely to be adjourned until November.

And, quite aside from the Roberts-Smith defamation case, the Australian military establishment faces further embarrassment as a result of recent press reports that the Office of Special Investigator – a body established by Prime Minister Morrison to prosecute Australian soldiers identified in the Brereton Report as having possibly committed war crimes in Afghanistan – is investigating allegations that a rogue “kill squad” murdered unarmed civilians in Afghanistan.

Whatever the outcome of Roberts-Smith’s defamation case and these further investigations, it is already perfectly clear that Australia’s foolhardy military involvement in Afghanistan was nothing less than a complete and utter debacle.