Home / WORLD / What we know about the Texas mass shooting

What we know about the Texas mass shooting 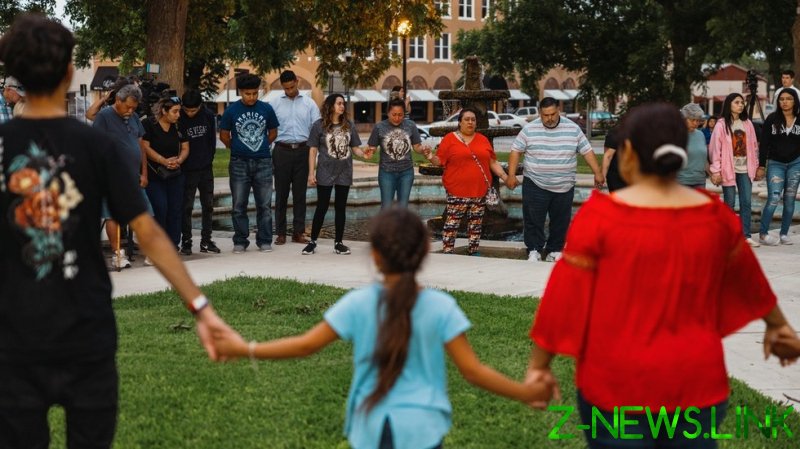 A mass shooting in Uvalde, Texas resulted in the deaths of 19 students at an elementary school and two adults on Tuesday. Another 13 children and one adult are being treated for injuries they received during the gun rampage.

The apparent perpetrator was killed in a shootout with the police responding to the emergency.

Here is what is known so far about the tragedy.

Deadliest since Sandy Hooks
The number of victims makes it the deadliest mass shooting at a US school since the 2012 Sandy Hooks elementary school massacre. The tragedy in Connecticut resulted in 27 deaths, excluding the gunman.
The two events happened almost a decade apart, but there are a number of parallels between them. The perpetrator in Texas reportedly shot and wounded his grandmother at her home in Uvalde before attacking the children.
The first victim of the Sandy Hooks shooter was his mother, whom he killed at her home. In both instances, the suspect was killed by law enforcement officers.

Gunman posted images of assault rifles
The person apparently responsible for the violence in Uvalde was identified by the police as Salvador Ramos, an 18-year-old local resident. Investigators believe that he acted alone and made no comments about his possible motive. Ramos was described by witnesses as wearing body armor and using a handgun and a rifle during the assault at the elementary school.
He reportedly crashed his car on the way from his grandmother’s home to the school. The gunman reportedly posted images of AR-15-style assault rifles on social media just days before the shooting. According to Texas Governor Greg Abbott, Ramos turned 18 earlier this month and purchased two firearms as a birthday present.

Small Latino townUvalde is located some 110km (70 miles) west of San Antonio. It has a population of about 15,000, some 80% of whom identify as Hispanic or Latino, according to census data.
Local media reported an influx of new residents in the last couple of years but described the community as close-knit and deeply shocked by the tragedy. The shooting happened just two days before the end of the school year.

Reaction of officialsGovernor Abbott said the entire state was grieving for the victims of what he described as a “senseless crime” in Uvalde. He pledged to allocate all of the necessary resources to respond to the tragedy and provide for the community, and also to conduct a thorough investigation. President Joe Biden proclaimed national mourning for the victims.
He also called on politicians to implement “common sense” gun regulations, saying they would curb such violence. “These kinds of mass shootings never happen with the kind of frequency they happen in America. Why?” he said in an address.
“As a nation, we have to ask, when in God’s name are we going to stand up to the gun lobby? When in God’s name will we do what we all know in our gut needs to be done?”