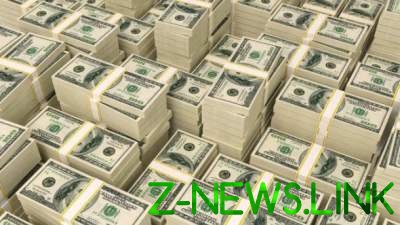 The demand for currency from the population no longer plays a significant role.

According to analysts, since the beginning of the fall of the hryvnia will gradually fall in price. How fast to devalue the national currency depends on many factors.

As told by Professor, doctor of Economics Oleksiy Plotnikov, the fall of the hryvnia in the last days of August is the first indication that the national currency will continue to weaken.

“The illusion of stability vanished. The government is beneficial to the hryvnia weakened because for this year laid the course, 27.2 hryvnia per dollar,” he said.

The expert added that the country has not yet recovered from the crisis. Besides, the main sources of foreign exchange earnings in Ukraine demonstrate positive dynamics.

Meanwhile, economic expert Vsevolod Stepaniuk reminded that 40% of Ukrainian exports of agricultural products (mainly grains and oilseeds and products of their processing).

“Farmers started to sell their crops at the rate of 25.5 hryvnia to the dollar, so now they lose 1.5 HR on every dollar in the currency difference. Naturally, they are interested in the “alignment “of course,” said Stepanyuk.

He also suggested that in summer, hryvnia strengthened through the sale of foreign currency by the population.

Citizens donate currency more actively, than last year. For example, in may the sale of foreign currency by the population exceeded the purchase by $ 500 million in June — $ 400 million, in July — $ 350 million — said the expert.

Stepaniuc added that in the fall the need to pay for heating and other utilities again will force the Ukrainians to get into their nest egg, and thus slightly slow down the fall of the hryvnia.

According to experts, if the people buy foreign currency, which exerted significant pressure on the hryvnia, but now the picture is just the opposite. This suggests that a “safety cushion” is disappearing. And the former savings eaten away.

Therefore, financial experts expect that by the end of the year, the rate drops to the level of 27.2 hryvnia to the dollar, as planned by the government, or even 27,5-28,5 hryvnia per dollar. However, above 30 hryvnia per dollar rate is unlikely to subside.