Home / WORLD / What price truth? How America’s whistleblowers fared in 2021

What price truth? How America’s whistleblowers fared in 2021 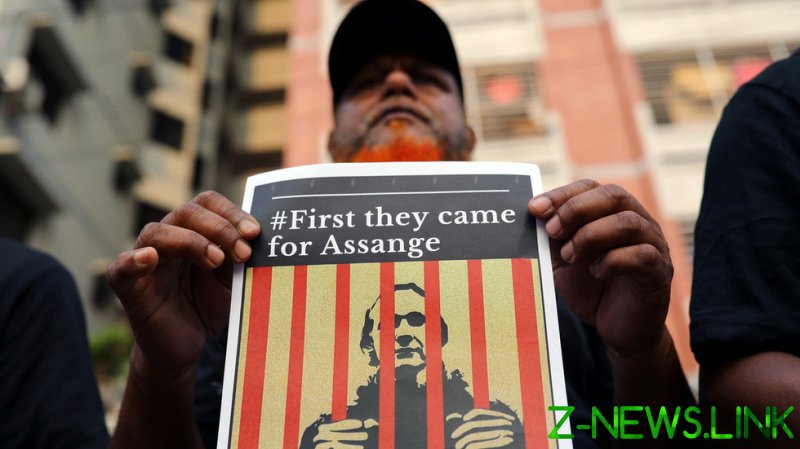 WikiLeaks founder, award-winning journalist, and Australian citizen Julian Assange has been an inmate of London’s high-security Belmarsh prison since April 2019. He embarrassed the American Empire and, as a result, is facing extradition to the US and prosecution in a kangaroo court under the terms of the Espionage Act.

Assange exposed war crimes. He exposed corruption at the highest levels of the American political elite and in countries complicit with it. He should be hailed as a global hero. Instead, the very freedoms America professes to protect will be stripped bare by his prosecution. It has already had a chilling effect on notions of free speech. The fear of truth has become greater than the fear of human rights violations.

Edward Snowden, Chelsea Manning, Daniel Hale, and Steven Donziger each exposed high-level crimes and serious misdemeanors by governments, politicians, and multinational corporations. Each paid a personal price, including with the loss of their freedom. The US drones killing civilians, the water and soil contamination by Chevron, the American government spying on its own citizens and violating collective privacy laws – all of this they exposed over the past few years. Yet the public’s response has been to seek to punish those who expose such wrongdoings, rather than to hold those in power accountable.

Then there are those whistleblowers who reveal crimes of a personal nature, carried out by a powerful person. Amy Franck exposed the military’s lack of response to sexual violence in the US armed services. As a result, she was stripped of her credentials as a victim advocate and was subject to retaliation. Meanwhile, female soldiers continue to be harassed, brutalized, and raped, she told me in a recent episode of my podcast.

As for me, the sexual assault I endured from Joe Biden while working for him still remains uninvestigated.

The victims of Andrew Cuomo gained some measure of justice with the resignation of the New York governor on account of his alleged sexual misconduct, but no criminal charges have so far been filed, nor was he impeached. But, hey, his brother, Chris Cuomo, was fired from his CNN anchor job and lost his book deal for trying to collude with his brother’s staff to keep those sexual misconduct allegations out of the press.

Another casualty of truth-telling was the handful of support staff members of anti-sexual harassment advocacy group Time’s Up who blew the whistle on the leadership colluding with Governor Cuomo’s team to silence the misconduct accusations and discredit the accusers. They were promptly fired in November. Some among them had confirmed what many survivors of sexual assault have publicly complained about: that Time’s Up was a front to catch and kill off accusations of sexual impropriety against elite Democrats.

‘Don’t Look Up’, the Netflix sci-fi movie everyone’s talking about right now, parodies US politics, the mainstream media, and the collective absurdity of the times we’re living in.

It’s presumably supposed to be addressing the last administration and its woeful denial of climate change, but it certainly applies to the current American president and his getting-nothing-much-done policy, too. The vapid, snotty White House chief of staff played by Jonah Hill virtually steals the show with his spot-on portrayal. It’s ironic this message is coming from Hollywood, however, considering it’s historically been part of the problem. That renders it a parody within a parody. Using dark comedy as a vehicle, it screams into the very void that whistleblowers know all too well. No spoiler alert, but the ending is as predictable as it is our collective, sad reality.

As we plummet into 2022, with the hot breath of the war hawks breathing down our necks amid a pandemic, an economic downturn, and the collapse of American infrastructure, it’s imperative we support the whistleblowers and the truth-tellers, or we may just as well fall into that void ourselves.