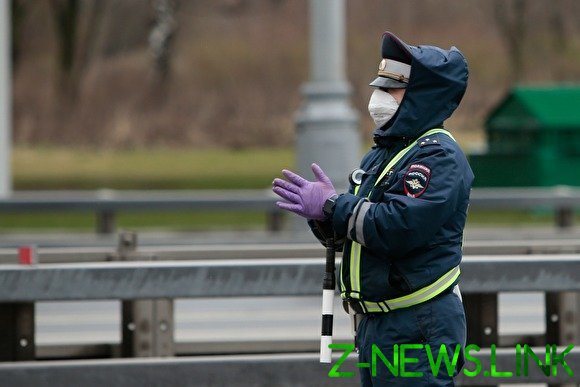 “Digital control” in Moscow is not really working. Journalist Znak.com walked around the city

The digital control permits in Moscow is random or not working at all. It found the journalist Znak.com by testing yourself on the system throughput, which start today in the capital. The morning social networks were full of pictures of many kilometers of traffic jams of cars that had accumulated on almost all major roads towards the centre. Muscovites published photos of long queues at metro stations, where the police checked for the presence of digital badges. However, by noon the situation has changed dramatically — digital pass not tested in the subway, no buses, no taxis, nor in the heart of Moscow.

“I was just taking pictures of the passes on the phone”

Provide a digital skip in the capital officially began on April 13, to you in three ways: on the government website, using SMS and hotline. However, in the first day the sites of Moscow city hall, public services, and a separate portal for registration of digital badges was unavailable. In the operational headquarters is explained by the fact that on the server mos.ru was made the bot attack, “including from abroad”.

To obtain a digital pass, you must have access to information resources of Moscow. To register for mos.ru you can, for example, using the account on the website Services. The next step is to provide access to view e-mail address, telephone number, passport data, INN and SNILS, contact data and addresses. Then you need to specify the address of the beginning and end of the route, as well as the purpose of the trip. Then on the smartphone screen appears a QR code, which, as stated by the authorities, and will be checked by the police.

We are for security. With both hands 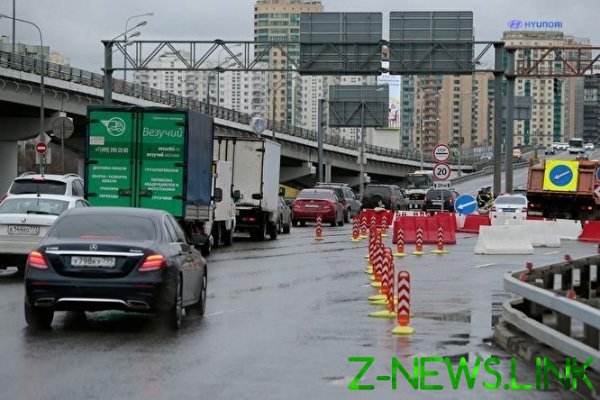 In the morning in Moscow there was a traffic standstill: motorists were standing in multi-kilometer traffic jams on the Leningrad, Kashira, Yaroslavl, Shchelkovo, Warsaw, Bohr, Mozhaisk, Dmitrov highway. The situation on the roads differed little from the usual morning in the capital of the “peace-time”. Subway passengers at some subway stations lined up in a long queue, as each police check a QR code.

Violation of the rules of social distancing in this case was so egregious that the mayor Sergei Sobyanin hurried excuse and said that the line at subway was formed from the “verification activities carried out by the police”. “Talked to the police chief, was asked to organize the work so that further checks did not lead to mass congestion of people. The queue is eliminated. Work normalized,” wrote the mayor in his Twitter.

Apparently, the request Sobyanin police were perceived too literally. After 10:00 Moscow time at metro stations by police officers, according to the observations of the correspondent Znak.com do not check the digital gaps. So at the end station of the gray branches of the metro station “Bulvar Dmitriya Donskogo” none of the five police officers, each of which was medical mask and rubber gloves did not fit to any passenger subway for a while, until the platform has twice the trains arrived. “Today I went by bus to metro [station “Dmitry Donskoy Boulevard”], now we will go to “Nagatinsky” to the tutor before the exam, I hate to do remotely, I need the next teacher. While nobody pass didn’t ask, but I have. I did pass “for personal use”, I two visits [per week] to the tutor enough”, — told Znak.com 17-year-old Anna. 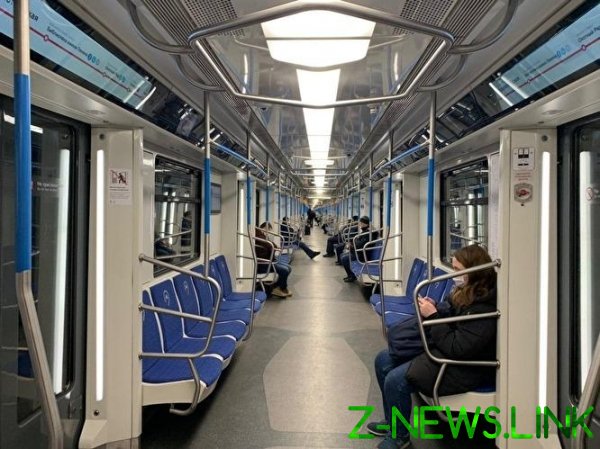 At about 11 a.m. in the Moscow metro bezludnaya Melnikova / Znak.com

But not all Muscovites, descended into the subway, had a pass. Among the 15 residents whom talked correspondent Znak.com only seven were with a digital pass. “I have a pass to go to the hospital if need be tomorrow to go somewhere, make a pass for personal purposes, then back to the doctor,” shares his methodology 28-year-old Maria, heading to the North of Moscow. According to the girl, pass it checked the “Kaluga”: “While I was waiting for the train officer approached [the police], introduced himself, asked to show a pass, I showed a screenshot on the phone, he looked at it, and all, the passport was not asked. If it can be called a test pass, then Yes, I have it checked”.

By the way, for all of two hours that the reporter is Znak.com transplanted from one metro station to another, not a single police officer not asked to show any documents. No intentional running around police officers in “Borovitskaya”, or request guidance at the exit from the station “Okhotny Ryad” were not the cause of the check passes.

“You, too, today put at the end station in the morning skip check? — communicated between law enforcers at the station “Okhotny Ryad”. — We were just told to get to the end, to go five stations to the center, to popularaty there, then go to the center.” “What *** [nonsense] we do!” said one of the sergeants, lowering medical mask. He began to show to colleagues at the screen of his smartphone: “I just photographed passes on the phone!” 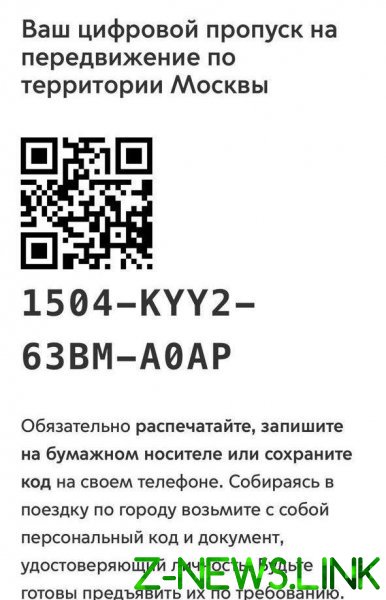 Note, the newspaper chain reported that “Moscow police don’t have enough phones to scan digital passes”: “the Management of GU MVD in Moscow was instructed to give smartphones that equips employees during the 2018 world Cup, but they went away not all. Phone with installed program “Assistant of Moscow” [the police] still have not received.”

Have not checked the digital pass from the correspondent Znak.com and the driver of Uber, arrived on a call (assuming that the Muscovites must show the pass to the taxi driver). The man behind the wheel just gently asked: “do you Have this code there?” The answer is “Yes” without providing any evidence the driver was satisfied. On the eve the Deputy head of the Department of transport Dmitry Pronin said that the Moscow taxi drivers are obliged to check passengers ‘ passes. He stressed that the Department of transport will monitor the situation and check the number of orders and the number of inspections permits. It is true, how will be made the same reconciliation, the official said. But noted that Muscovites can complain about the drivers-violators using the app “Assistant of Moscow”.

That the verification system of digital badges taxi passengers is not yet operational, he told “Vedomosti” three employees of taxi services. The publication, citing sources in the companies reports that “the driver asks a pass “to clear my conscience””.

On 2 April the mayor of Moscow, Sergei Sobyanin, wrote in his blog that “the experience of the first week showed” that to enter the pass in the capital “unnecessary” because “most of the residents of the city are faithfully fulfilling the requirement to stay home.” Then the mayor stated that this question of power the city back “or in case of unfavourable development of the epidemiological situation, or in the case of growth the number of violations of home mode”.

April 10, Sobyanin said that “starting Monday (April 6 — approx. ed.), the situation began to deteriorate”, so in Moscow will be introduced passes. Note that from 2 to 10 April the number of people infected with coronavirus in Moscow has increased almost twice — from 595 to 1 thousand 124 people. And if the mayor Sobyanin has said publicly that the reason for the entry permit system is the growing number of cases, the Kremlin, apparently, think differently. Today, the press Secretary of the President of Russia Dmitry Peskov told reporters that “the Muscovites and guests of the capital had not disciplined compliance regime of self-isolation, and only this has forced the city authorities to enter the crossing”. Yes and the morning’s chaos in the subway after checking the digital passes by the police — also the fault of Muscovites, according to the presidential administration. “To do any conclusions and jump to conclusions based on first-morning, as those badges earned, believe is wrong. Possible difficulties? Yes, it is possible. But the problem is indiscipline,” said Dmitry Peskov.

Interestingly, the number of issued digital badges as of 14 April was 3.2 million This figure is almost identical to the number of people who, according to mayor Sobyanin, continue for one reason or another to go to work.