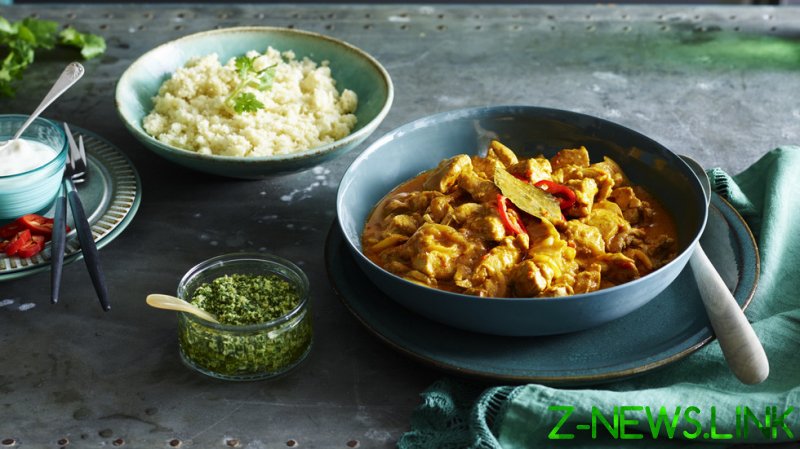 In a video posted in June and viewed more than 3.6 million times, Chaheti Bansal, a 27-year-old food blogger, called on people to “cancel the word curry.” The Californian explained that curry is an “umbrella term popularized by white people who couldn’t be bothered to learn the actual names of our dishes,” adding that food in India changes every 100km.

Talking to NBC News, the vlogger claimed that curry shouldn’t be the only thing that people think of when they consider South Asian food. In her viral video, she says there is still time to “unlearn” the word curry as she cooks a Rajasthani dish made with brown chickpea flour and Greek yoghurt.

However, Bansal’s cancel call has not been well received, particularly in Britain where Chicken Tikka Masala, a type of curry, is deemed the country’s national dish by many, including British Foreign Secretary Robin Cook, who comments to this effect in 2001.

Among those unimpressed by Bansal’s remarks was Simon McCoy, a GB News presenter, who asked “What is it about people in California?” noting that everyone around the world calls it curry, even in India.

On social media, some asked “What’s next?” questioning whether people could still say fish and chips as it encompasses a range of recipes. “FFS we better not use the term ‘roast dinner’ then as a generic term in case anyone is offended that it’s not chicken, beef, lamb etc.,” another jibed.

One person described their meal from the weekend, noting that it was a spiced chicken dish with short rice grains and unleavened bread. “If only there was an easier description for my meal,” he joked.

Others questioned whether anyone actually thinks of colonialism when they order a curry, and one person said surely it would be easier to just cancel “clowns like Chaheti Bansal” instead of the name for saucy Indian dishes.

“This woke madness is just getting plain ridiculous,” another said, while others wondered what was going through the vlogger’s head when she decided to tell people to cancel “curry.”

One person said that curry was the perfect word as the dish is 100% British. “There are ‘Indian’ styles of cooking which ONLY exist and were developed – by South Asians – in the UK,” he noted, referring to dishes such as the Tikka Masala, Vindaloo, Madras and Bhuna, all of which are believed to have been created in British curry houses.

Bansal also claimed that the word curry does not exist in any South Asian language. However, this was widely disputed on Twitter, with many attributing the origin to the Tamil word “kari,” while one said that “‘Turry’ in Punjabi means gravy & curry obviously evolved from this word. Nothing racist in evolving words!”

Several historians have also noted the word “kari” as being the origin of the word curry. It can be used to mean both “blackened” and “side dish.”